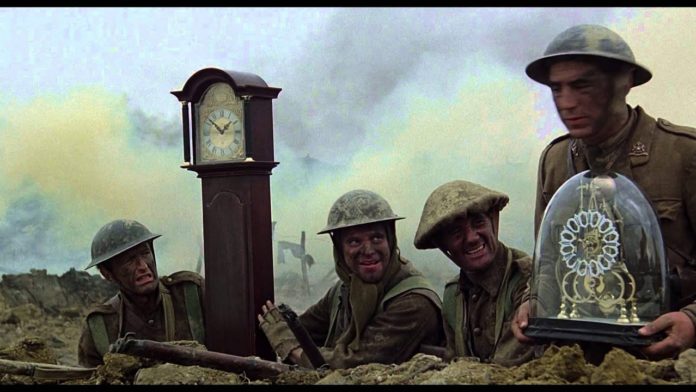 I blogged yesterday the extraordinary nonsense we needed to believe for the NZDF war crimes claims, today the nonsense managed to reach Monty Python levels of surreal comedy…

A note made as the Defence Minister raked senior military officials over the coals shows concern the SAS were being shielded of allegations of civilian deaths.

The Defence Force attempted to suppress public discussion of the note, written by the military’s chief of staff, at a public hearing for the Operation Burnham inquiry.

The note, from the 2014 meeting with Jonathan Coleman, defence minister at the time, read: “SF [special forces] are not fallible … No question of their core skills, but political judgment, lack of insight and confused desirability of their actions having a certain shielding … SAS credibility at risk”.

Coleman had hauled senior officials into his office after a report detailing possible civilian deaths emerged from a safe in the chief of Defence Force’s office, despite the military denying knowledge of it.

This report, written by International Security Assistance Force (ISAF), found possible civilian casualties occurred during the 2010 SAS-led raid in Afghanistan due to the malfunction of a helicopter gun sight.

Lawyer for the inquiry, Kristy McDonald, QC, said the bundle of documents found in the safe in 2014, which contained the critical report, was only provided to the inquiry last week.

The NZDF had all this evidence that there were civilian casualties hidden in a safe which they only found in 2014 and have only handed over to the inquiry last week?

Yet the NZDF are claiming there was no cover up, no lie, no deception?

How stupid does the NZDF think your average Kiwi actually is?