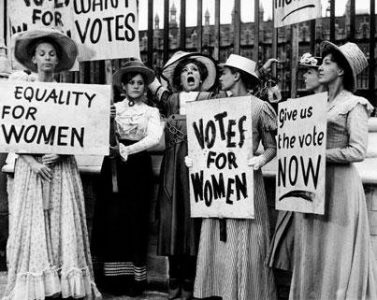 It is well known that, when some New Zealand women became the first in the world to get the vote in 1893, this right was grudgingly given and fairly narrow in nature. Feelings among the ‘establishment’ (read pākeha men) were perhaps most accurately expressed by an editorial in the Christchurch Press which regretted that the lives of real women were to be so disrupted as they would be forced to vote, to counter the votes of the “shrieking sisterhood”, instead of being left to their domestic worlds.

But the simple law change – ‘person includes woman’ – did not extend to allowing women to stand for Parliament.  This occurred much later in 1919, shortly after the end of World War 1. This timing was very relevant. Women had taken on much of the work of serving troops during the war, and sought recognition for this.  Also, British women has finally got the vote – and the right to stand for Parliament – in 1918 and NZ women had fallen behind.

The centennial of women’s right to stand for Parliament thus comes up at the end of September. All the living women who have been MPs are to be given a commemorative pin at various events. I will be happy to accept my pin – I am proud to have been a woman Member of Parliament. It changed my life in many ways, and enriched it,

It took a while to catch on. Foremost among early parliamentary candidates was Auckland Lawyer and City Councillor Ellen Melville.  She campaigned for the right to stand for Parliament, and then did so on seven or eight occasions until the end of her life. Melville Park and the Ellen Melville Centre in Auckland are named after her.

Elizabeth McCombs was a social activist, Christchurch City Councillor and wife of MP James McCombs.  She stood unsuccessfully for Parliament in 1928 and 1931 for Labour. On the death of her husband in office, she stood in the by-election for the Lyttleton sat.  The NZ history site records that: “Some Labour leaders were not convinced about her candidacy as James had only won by a narrow margin in 1931. They had no cause for concern – Elizabeth was elected with an overwhelming majority.”

However, the lesson that women candidates are popular did not sink in with the male-dominated parties for many years, if it ever has.  There have now been 140 women members of Parliament and they have ranged in impact from the brilliant to the bizarre and from trailblazers to tragedies.

In general, I think the party system has not been kind to women. Many women of great promise have entered Parliament and not achieved much at all. I think the barriers have been greater for us.  This makes the rise of Jacinda Ardern all the more fascinating, because she appears to have an independence of spirit rarely seen in any political leader, and never in the women. Kia kaha, e hoa.

The next milestone to be reached is when 40% women’s participation – which we have been at for a couple of decades – is no longer seen as equality.  Women hold up half the sky and should hold up half the Parliament likewise.