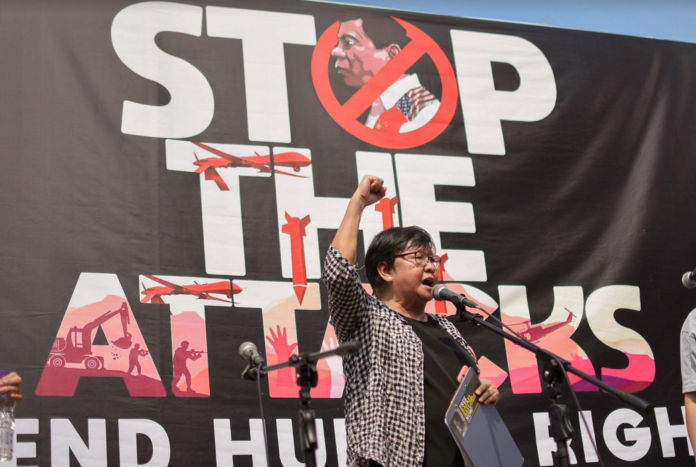 Dr. Judy Taguiwalo, former Philippine Secretary for Social Welfare and Development in the Cabinet of President Rodrigo Duterte, will be in New Zealand on a series of speaking engagements to raise awareness on the human rights situation in the Philippines.

A veteran human rights activist, “Manay” Judy – as she is fondly called – was a prominent activist during the martial law era under the late Philippine dictator Ferdinand Marcos, and was imprisoned herself for her dissent against the dictatorship. Today, she is witnessing the same level of tyranny and terror that she resisted in the 70’s and 80’s, under the rule of incumbent President Duterte.

During the first six months of the Duterte Presidency, the Philippine government engaged in peace talks with the National Democratic Front of the Philippines (NDFP), which the armed revolutionary group the New People’s Army (NPA) falls under, to put an end to a decades-old conflict with the Philippine Government.

To demonstrate he had the intention to negotiate a peace agreement with the NPA in good faith, President Duterte agreed to appoint progressive activists to his Cabinet. Dr. Taguiwalo was one of three progressives appointed to Cabinet, she agreed to take the position hoping to advance progressive change in the Philippines.

In Cabinet she pushed reforms to improve the distribution of aid to the poor, including removing the corrupt practice requiring welfare recipients to get a signature from a local political representative to receive assistance, while also opposing reactionary policies of the Duterte Administration, such as the re-imposition of the death penalty and support for extrajudicial killings.

In 2017, Dr. Taguiwalo was forced out of her Cabinet position by the elite-dominated Congress and Senate, outraged by her challenges to patronage politics.

Since breaking ties with the administration, Manay Judy has been a staunch critic of the Duterte regime. She has been at the forefront of the protest against rampant extrajudicial killings, particularly the killings happening in the Philippine island of Negros – where 87 civilians, mostly peasants and human rights advocates, have been killed since the start of the Duterte Presidency.

Her advocacy for women’s rights was also reflected in her activism: in the wake of President Duterte’s misogynistic rhetoric and political persecution of female critics in government, Manay Judy – along with a group of other women – co-founded the #BabaeAko (#IAmAWoman) movement, which was named among TIME magazine’s “25 Most Influential People on the Internet” in 2018.

During Dr. Taguiwalo’s public speaking engagements in Aotearoa, she will give an insider account of the present administration, her views on the current human rights situation in the Philippines, and what the international community can do to show solidarity for the victims of oppression under the brutal Duterte regime. 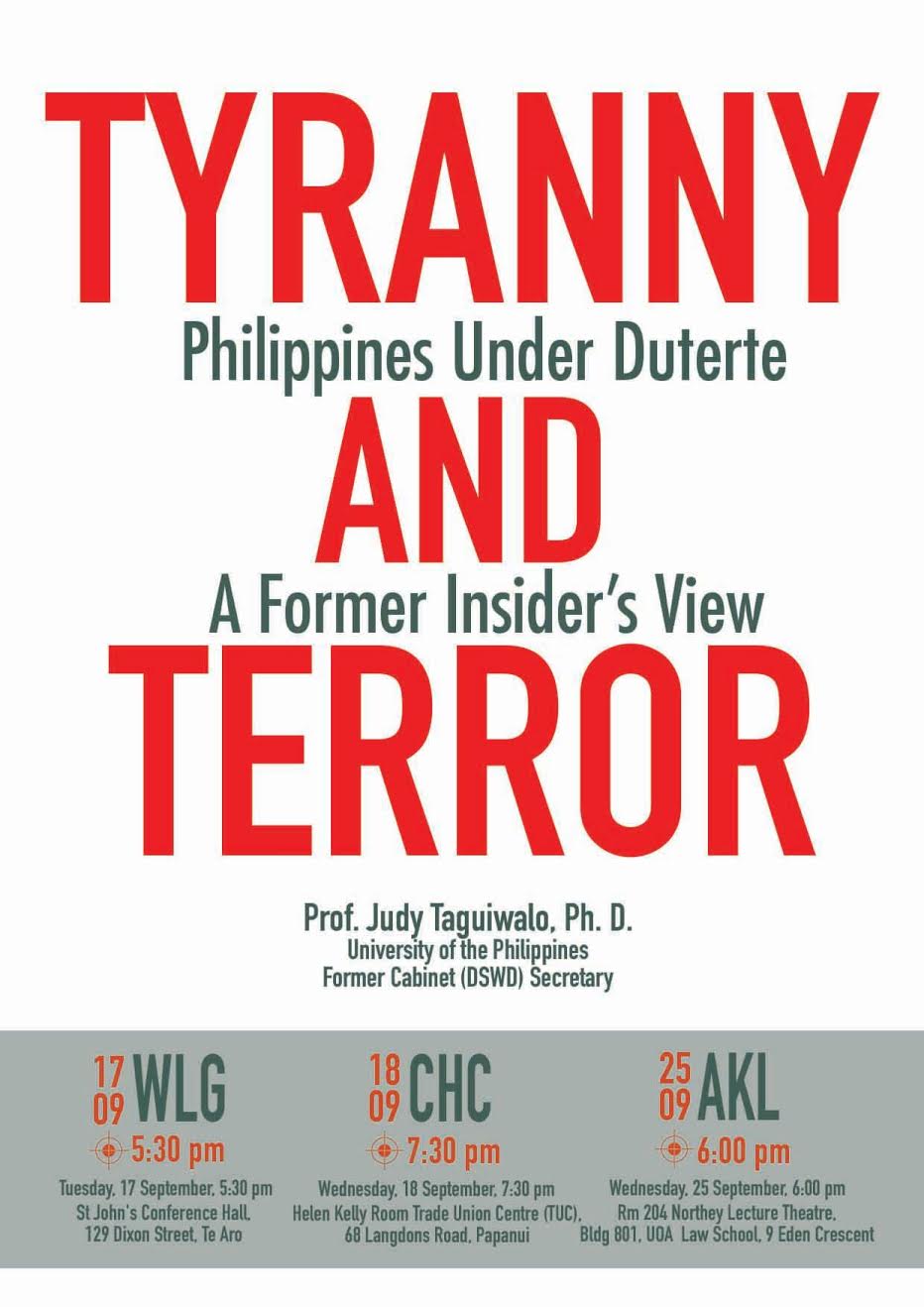