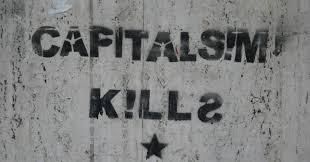 Suicide is about Alienation

Another year and a new record number of suicides in Aotearoa. For years talking about suicide was avoided like the plague. But such a plague does exist in NZ as it does in many other countries suffering an epidemic of suicides. It is an epidemic when there are more suicides than road deaths; more suicides than personnel killed in war in the US military; a rising rate of political suicides of the poor and oppressed; youth suicide growing and indigenous youth three times more likely to suicide; suicide bombings and killings are now standard tactics in the civil wars spawned by the War on Terror; mounting suicides of workers driven to despair by work conditions as in Foxconn, China.

Yet suicide is such a taboo topic that governments and officials impose a code of silence on discussion and debate. Moral solutions don’t work. Suicides aren’t ‘bad’, they just feel ‘bad’. Medical solutions can work to prevent suicides but can also increase the risk. The best that governments, medical and social work professions can do to prevent suicides falls far short. There will be no end to suicide unless those who are at risk organise collectively to we get rid of the fundamental causes.

Like Yellow Ribbon, attempts to organise community prevention that do have a record of success are decried as causing more ‘harm’ – a euphemism for risk of suicide. ‘Good Science’ and ‘best practice’ are used to attack and close down efforts to discuss and find solutions. The Labour Coalition is spending more dollars on boosting professional care but that is not prevention just more layers of ineffectual bureaucracy. The only solution that can work has to be the community itself basing itself on an understanding of the real causes of suicide.

Suicide is caused by alienation which understood in Marxist terms is separation of workers from productive life that leads to an estrangement from nature, work, society and oneself. It is this estrangement that renders the individual powerless and produces anxiety, depression and paranoia as symptoms. When these symptoms become disabling (non-functional for capitalism) and ‘internalised’ (turned back onto one’s self i.e. alienation from ‘self) one of the consequences is ‘mental illness’ the underlying cause of suicide.

Alienation is a ubiquitous and universal under capitalism. It will last as long as capitalism lasts. Instead of floundering around as each year creates record suicides we need to get real and kill capitalism, not ourselves.