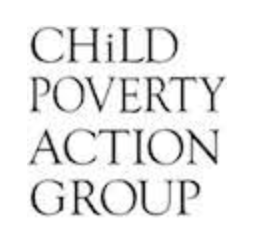 It is with great sadness that Child Poverty Action Group (CPAG) has learned that Kathryn, whose tragic story CPAG documented in 2016, has passed away at the age of 58. CPAG expresses deepest sympathy to the family who have lost a caring and loving mother, whose greatest joy was her children and grandchildren. CPAG understands that Kathryn’s passing will leave a deep hole for her family, who loved her very much.
The report Kathryn’s Story: How the Government spent well over $100,000 and 15 years pursuing a chronically-ill beneficiary mother for a debt she should not have , was written for CPAG by barrister Catriona MacLennan. It documented a grieving mother’s struggle against her conviction of relationship fraud.
Kathryn’s courage and strength in fighting the system that held her a prisoner to poverty were there until the last.
Many sole parents in the benefit system have been subjected to totally unfair, invasive, cruel and inhumane scrutiny of their relationships and as in Kathryn’s case, some are prosecuted and even incarcerated at the expense of their children.
CPAG believes that New Zealand can and must do better than this.
Kia kaha Kathryn, your strength will be remembered. Me te aroha tino nui atu.
E te whānau / For this family
Whāia te mātauranga kia mārama / Seek knowledge for understanding
Kia whai take ngā mahi katoa / Have purpose in all that you do
Tū māia, tū kaha / Stand tall, be strong,
Aroha atu, aroha mai / Let us show respect
Tātou i a tatou katoa. / For each other.