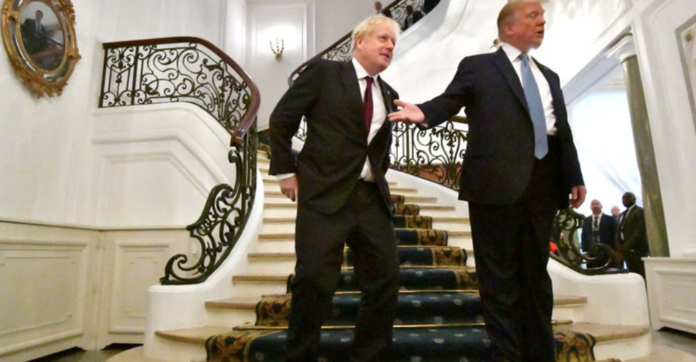 I think Boris Johnson represents a threat to Democracy as serious if not more serious than Trump because beyond the buffoonery, Johnson is far more vicious and manipulative.

The recent blindsiding of closing Parliament, the stacking of his front bench with neoliberal acolytes, his taking the Leadership via the membership – each step is as cunning and manipulative as Frank Underwood in Game of Cards.

To fully appreciate the scale of manipulation here, one has to appreciate why British Billionaires backed Brexit.

The only real threat to the power of the 1% within Britain was EU regulation to force transparency and close tax havens, thus the 1% wanted to get Britain out of the EU so that their influence and power wouldn’t be challenged, that’s why they stumped up for the Brexit campaign using Boris and Farage as front people while exploiting Cambridge Analytica’s ability to target angry white working men who had been left behind by globalisation.

Manipulating working class resentment into making a decision like Brexit to ensure the power of the 1% is as Machiavellian as it gets.

Brexit is a blindsiding of Westminster Democracy for a neoliberal plutocracy hell bent on taking power no matter what the price. Dark days are ahead for Britain under Boris.

God save the Queen, because he can’t save the UK.