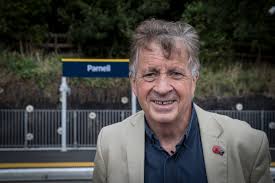 After months of soul-searching on whether to retire as planned this year or even run for mayor, island resident Mike Lee has announced he will stand to defend his Waitemata & Gulf ward seat as an independent.

Too much remains to be done for him to retire comfortably, said Lee, who says it is likely that his own legacies as a former Auckland Regional Council chairman are at  risk in the Super city’s current climate of reckless expenditure – and even worse given recent revelations of a council agenda to impose reticulated sewerage in Waiheke to enable much more intensive and hotel high rise development.

“Frankly I am dismayed at the situation Auckland is in.

“I firmly believe the ‘Super City has become the worst thing that has ever happened to Auckland.  The people of Auckland have to endure an arrogant, overbearing council and Council Controlled Organisation bureaucracy, appalling financial mismanagement and waste,” he said.

“The council’s growing debt situation (presently being swept under the carpet) will, I predict, almost immediately after the election, be revealed to show how truly bad the situation is.

“I am also certain this will be the pretext for another attempt to privatise Auckland’s remaining incoming-earning assets such as the council’s car parking buildings and even the Ports of Auckland.

He said the huge build-up of an as-yet unacknowledged debt was likely to hit new councillors and fuel pressure from officials to sell off remaining city assets including the port  which he purchased back into full public ownership while chairman of Auckland Regional Council.

Unfortunately because of the way the Super City has been engineered, only candidates with major financial backing, mainly from vested interests, are able to stand as credible candidates for the mayoralty.  Thanks to the Super City Aucklanders have the choice of two candidates whose political background is the right-wing Labour party parliamentary caucus. One, Goff has long established form as an asset seller, Tamihere bizarrely has made country-selling a major platform.

“The sale of income earning assets whoever wins the mayoralty must be strongly opposed and a major effort made to cut bureaucratic spending and waste. Putting it simply, the Council spends too much on itself.

“Working with my councillor colleagues, I believe there is work for me still to be done.”

He says he will strongly oppose the council pro-development agenda to impose reticulated sewerage on Waiheke and will to continue to speak out strongly on behalf of the overwhelming majority of Aucklanders who want trains – not light rail – to Auckland Airport.

“I want to continue achieving long term goals such as those I have attained over the last three years, including successfully refocusing the council on the major problem of sewage being discharged into the harbour, the Parnell train station, the Motukorea (Browns Island) Regional Park, the soon to be re-commissioned waterfront heritage tramway and the eradication of rats from DoC-owned Rakitu Island near Great Barrier,” said Cr Lee, who initiated the island rat eradication project with the Great Barrier Local Board in 2011 and, as a member of the Nature Heritage Fund, arranged much of the funding for it in 2013.

For Waiheke its time to end the years of talking and start achieving the marine reserves the people of Waiheke overwhelmingly support.

Cr Lee said it had been his intention to retire at the end of this present term and he and his wife Jenny had moved back to Waiheke. However, for the best part of the past year he had been lobbied by supporters in the Waitemata & Gulf ward, to stand again for one more term. Over recent months it has become clear that there can be “No peaceful retirement for me given the state of affairs in the so-called ‘Super City’ – The island’s way of life itself is now a target for the Super City’s development driven agenda. I would be therefore better off to stay and fight.”

“This has been one of the hardest decisions I have had to make during my time in politics. However I have come to the conclusion that there could be no peaceful retirement for me given the state of affairs in the so-called ‘Super City’ – I would be therefore better off to stay and fight.”

Cr Lee is one of the Auckland Super City’s ‘B team’ or ‘Albert Street 9’ councillors who have questioned the sincerity of Mayor Phil Goff’s proposal to appoint a four-person panel to review the Super City’s CCOs only if he is re-elected. “If Goff was sincere he would start the process now”, adding it is the Super City itself that is the problem.

“The Auckland Council is failing under its sheer size and weak leadership.