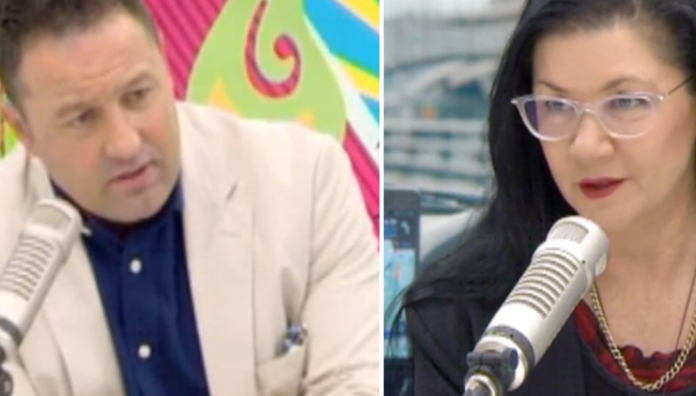 Since John Campbell joined Breakfast on TVNZ, I haven’t watched The AM Show.

TVNZ Breakfast with John is the best public broadcasting on TV, it is smart, intelligent, warm, funny – every single morning I feel like I have learnt something and seen real insight.

When I watched the The AM Show every morning, I was always left exhausted by the moronic bullshit spouted, it’s the intellectual equivalent to having a mince pie washed down with a can of coke for breakfast, a sugar high that leaves you angry and tired.

So I’ve simply changed my morning news diet and I’m a better human being, better neighbour and a better father for it, however this morning I had accidentally left my TV on 3 from the night before and stumbled onto the AM Show this morning.

Now anyone with a basic education and reading skills can automatically see how this will be just another stick to beat the shit of Māori with. Māori women are the biggest smokers, punishing them with $50 fines will simply become the new go to harassment policy by cops, which is fine by Duncs who screams ‘something must be done’ but he had his arse handed to him by a researcher who eloquently took down every single one of his claims in an interview that is so embarrassing one wonders who the hell is the Producer of The AM Show and why hadn’t they informed Duncs that his crusade was so stupid in the first place?

65% of Māori offenders have a driving offence as part of their initial jail sentence and about 5% of jail sentences are just for driving without a license. Criminalising smoking in the car will target Māori women and it will lead to fines, people unable to pay the fines, penalties added and eventually imprisonment.

Your first job as a Producer is to ensure your host doesn’t make a fool of themselves, The AM Show Producer failed horribly at that this morning.

It was a trainwreck of an interview and simply exposed Duncs desire to punish masquerading as ‘won’t someone think of the kids’ style morality.

Thank God for Breakfast on TVNZ because I threw up what The AM Show was offering.

There is a way to make The AM Show work now it’s fighting a broadcaster of the class of Campbell, but sweet Jesus it isn’t what Garner’s doing.  Currently, The AM Show is like getting a concussion before work each day.

UPDATE: So it turns out that the researcher involved in this debate actually gets a revenue stream from the fucking tobacco industry. Worse than that she is a friend of Carrick Graham who was deeply involved with Slater in funding dirty politics attacks against health academics. I have no time for the tobacco industry, as far as I am concerned they are the enemy of humanity, but I stand by all my above criticism and believe that criminalising smoking in cars will simply be an attack against the largest group in this demographic, young Māori mothers and I stand by my criticism that  this will end up being another discriminatory policy.