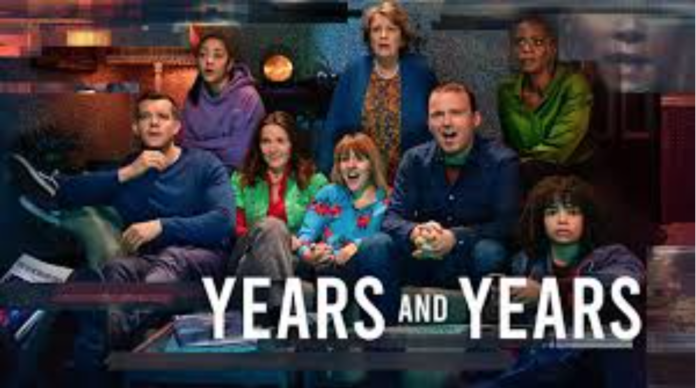 After the first episode.

This incredible new TV series is terrifying and hilarious at the same time.

Set 5 years into the future, it gloriously captures the decline into fascism inside Britain and the break down of culture.

The interracial parents struggling to understand their moping whinging teenage daughter who wants to be ‘Trans’ (Transhuman that is), the older Grandmother struggling to understand her grandchildren, the slow erosion of basic general knowledge so that flat earth is accepted and tsunamis are questioned, Trump firing a nuclear missile at China in his last days as President, the slow rise of a new Fascist no nonsense Prime Minister, the sudden influx of refugees into the UK running from Putin’s Russia, and everyone EVERYONE glued to their bloody phones –   it has all the current seeds of entropy and watching the utter madness expand is so surprisingly satisfying.

We have all made the bed of our current decline, watching people forced to lie in it is deeply gratifying.

This is clever, insightful and troubling TV. You. Must. Watch. This.