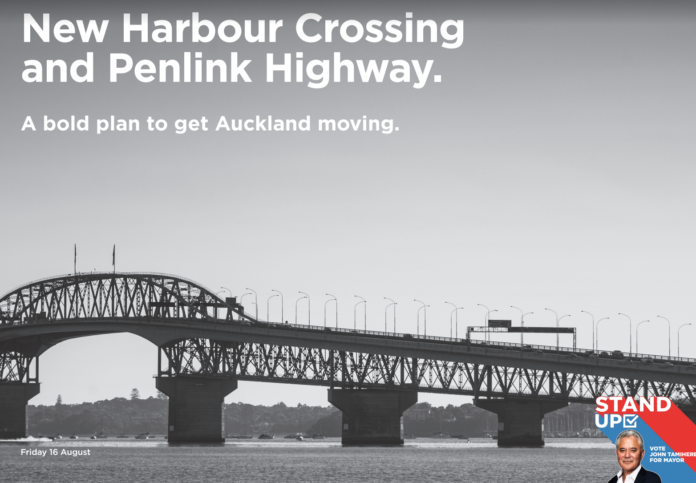 A new Harbour Crossing and the much needed Penlink Highway will be priority projects under a John Tamihere mayoralty.

Tamihere said when Aucklanders give him the mandate on October 12, a new crossing, not a tunnel andthe “on again off again” Penlink Highway would be “put on steroids to get Auckland moving.

“There will be minimal disruption to traffic.

“My team have looked at overseas structures and costs and it is very doable.”

“I will personally guarantee and commit to the Penlink Highway because it is the rightthing to do,” Tamihere said.

“Ratepayers and motorists on the North Shore need certainty, not hollow promises and backside covering.”

The 7km Penlink road, consented to run between the Northern motorway and the heart of the Whangaparaoa Peninsula, will reduce traffic flow by an estimated 50,000 vehicles per day through the Silverdale Business area.

Almost 130,000 vehicles a day travel through the heavily congested business area.Tamihere’s complete Track & Road Policy will be released next month.