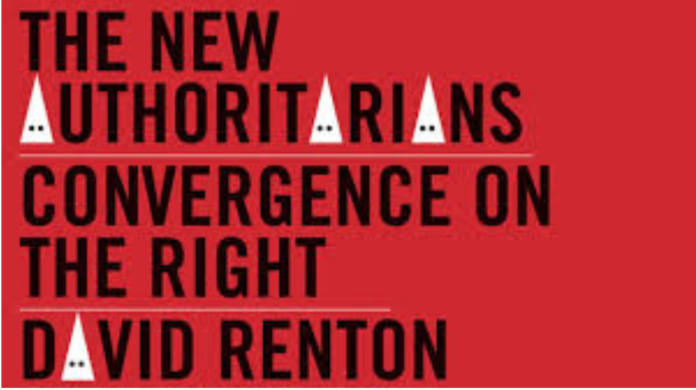 In the wake of the recent white nationalist terror attacks in El Paso and New-Zealand the book, The New Authoritarians: Convergence on the Right is more relevant than ever. There is a global spread of white supremacist ideology across social media. The ideology is motivated by fear, bigotry and division. Hadley Robinson-Lewis recently sat down for a chat with David Renton during his international book tour.

David Renton is a British barrister, author, activist and historian. He was a long term member of the Socialist Workers Party. 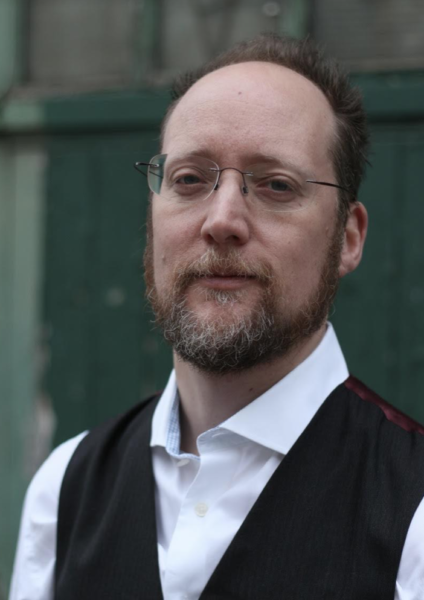 What do people need to know about the new far-right?

Above all, that it is changing. Ever since 1945, fascism has been a discredited form of politics. For decades the right half-understood this, and tried to come up with new ways of doing politics which turned out to be only superficially different from the politics of the 1930s. It’s only in the last two decades that the far right has succeeded in really subordinating fascism and growing on the bases of new kinds of politics, which are less than fascism – but also more than conservatism.

What do you mean by convergence of the far-right?

I mean the process by which conservative politicians who once tried to exclude the far right from debate now work with them. Figures close to the mainstream find that they share certain ideas which originated with the far right – say, that you can’t have a welfare state unless you prevent recent migrants from accessing it, or that the post 9/11 War on Terror proves that Muslims are in a permanent culture war against the West. And then, because they agree on these points, they are willing to co-operate with the far right. The form that co-operation takes varies enormously, it might mean a Republican chapter inviting a far right leader to speak at their university, or the collaboration might take place purely at the level of ideas. In the most dramatic form (as in today in Austria) it might mean the right and far right forming coalition governments.

Today’s far right is able to draw on events, ideas, and funds, across borders. Arguably, it does this more successfully than any other form of politics anywhere on the political spectrum. Think of Christchurch, and the way that the killer was inspired by events and people in Britain, France and Italy – they filled his imagination far more than anything happening in Australia or New Zealand. Or think of the likes of Tommy Robinson in Britain, and the way he fund-raises in the US and finds his petitions signed in huge numbers by people in Wellington and Auckland and Melbourne. Behind all of this, the far right organises online, far more successfully than its opponents.

What are the differences centre and far-right? You mentioned it’s a “fragile union”, how can we stop it?

When I talk about the difference between the centre right and the far right (especially those parts of the far right which are closest to fascism), I’m talking about two opposed political strategies. At one wing are the parliamentarians of the right, i.e. those who look to existing social institutions to protect the society they have now, who believe in the existing state, and who are willing to tolerate a degree of opposition. Versus those who really do believe that a revolution is needed on the right, and who aren’t willing to tolerate any forms of equality or democracy. In ordinary times, the difference between these two approaches is stark and people at each wing are unwilling to work with each other. The crisis of our times is that all over the world we are seeing more and more people – like Trump, or Bolsonaro or even Britain’s new Prime Minister Boris Johnson – who are trying to straddle this divide.

Yet while mainstream conservatism has moved to the right, there are still very few voters who want to be associated with right-wing violence. That means that it is possible to confront those voters with the logic of where this alliance is taking them – as happened in Australia, after Christchurch or in America after Charlottesville. By putting pressure on them, it is possible to force the constituent elements of the right apart again.

Should we have compassion and forgive the far-right?

When future generations look back at this moment, they will be horrified by the violence it has seen against radicalised others – the Australian camps for asylum seekers, the charges that Britain has place on healthcare, the separation of families at the American border. No-one should forgive them.

Can you explain why Trump is not a fascist?

Fascism is a systematic form of political violence, which if it was in power would close down unions and other parties, and would destroy the social democratic gains won by workers’ movements and the left over the last century. If Trump was a fascist, and had been in power for three years, then his opponents would be in camps, the state would have been purged of his political opponents, even of Democrats, and the state would be seeing a massive expansion of military power in preparation for immediate war. Trump is unpleasant – on Twitter he repeatedly boosts supporters of fringe far right groups and even some fascists – but he hasn’t governed anything like a fascist would.

Mosley had been elected to the British Parliament at a very young age, but failed to be promoted beyond a junior level, and saw an alliance with Italian and later German fascism as the way to force himself into the highest office. There wasn’t anyone else in Britain quite like him. Mosley’s supporters were a different kind of people, with much less social power. They saw his attempt, and his conflict with the other members of his class, as an echo of all the frustrations they had experienced in their own lives. They wanted to be able to dominate what they saw as inferior people – whether racially (a very large number of British fascists had lived in the colonies) or socially inferior.

No, it can’t – because fascism has no end point. Most kind of politics reaches a satisfaction moment. Think of the way in which global social democracy in about 1950 concluded that it had achieved a significant and lasting transformation of social relations under capitalism. That didn’t mean that Labour Parties stopped campaigning, but they paused and tried to think through what the next step would be. Fascism, by contrast, goes on for ever. It can allow no opposition, either actual or potential. It can’t allow black people, or Muslims or anyone to settle peacefully in the white world. It has such a long list of enemies that it can never be at peace. But it can do enormous damage – either in power or outside.

How would you confront a fascist?

It depends on the context. The recent fashion in Britain has been to approach the likes of Tommy Robinson with milkshakes (literally, milkshakes) – ie not with violence but by embarrassing and humiliating them. Later this month, there will be protests where the far right is trying to march through London and anti-fascists will try to occupy the streets and prevent them from marching. There is no “one size fits all” approach, especially not now that the lines between the far right and fascism have become so blurred.

Can you explain in detail what you meant by:

“if anti-fascists fail to use the language of class against capital, then they will not persuade working class or lower middle class people who are genuinely angry about the world they live in.”

When I wrote that, I was thinking of the situation the left faces in the United States. Leaving aside whether Trump is a fascist (I don’t believe he is), undoubtedly the left and the right there have become polarised as much around social issues as they have around economic ones. But these have been separated. So much so, in fact, that in ordinary politics it feels like there are two disconnected arguments going on along separate lines. Are the Republicans in favour of tax cuts? Yes, but so are the Democrats. Are the Democrats in favour of taxing big business or raising the minimum wage? Not if it would upset Silicon Valley. The Democrats argue for women’s equality, saying that business wants it. They never present women’s or black people’s rights as a strategy for achieving greater equality for workers in relation to their bosses. This disconnect between equality and class issues helps an aggressive right portray its enemies as a self-satisfied moral elite uninterested in the majority of Americans; and it contributed to Trump’s victory. Where the left feels like a party of the status quo we lose.

What do you think of—Into the vampire castle, Mark Fisher?

Fisher was facing exactly this same issue, i.e. how to be part of the future wars, and to fight constantly for the people who are asserting their rights now (especially if they are people whose rights have been ignored for decades) – and yet not get lost by the conflicts within the social movements. He was inviting us to remember always that there is a class of people, the super-rich, and they are a bigger obstacle to the success of our movements, always, than what feels like the more immediate gatekeepers elsewhere on the left.

How can the left organise themselves and unite?

By sharing ideas across borders, and by rebalancing between the different constituent parts of the left in each country.

There are many things that Jeremy Corbyn has got wrong in Britain, but one thing he has got right is the relationship between the parliamentary left and the most far-sighted advocates of social change. As a leader, he continually seeks a relationship between activists in the movements – the opponents of fracking, or trade union campaigners against blacklisting – and invites them to shape Labour’s programme for government.