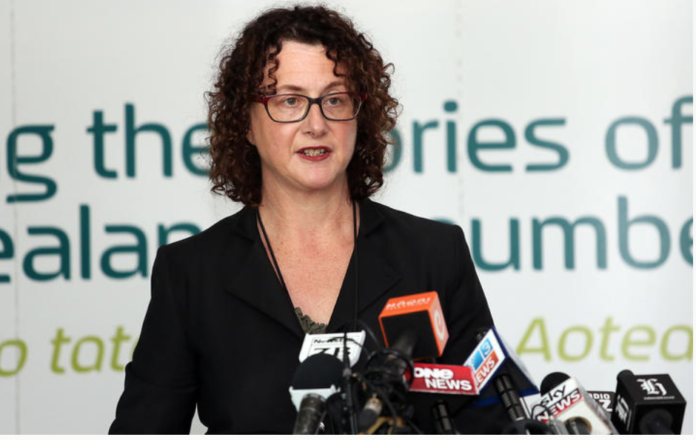 No one resigned after the the meth testing State House hysteria.

No one resigned after the Oranga Tamariki baby thefts.

No one resigned for the housing crisis, needless prisoner overcrowding or  the Ihumātao rezoning that caused the current protests.

No one resigns because when you are a Wellington Bureaucrat you are teflon, so news that the head of Stats NZ has resigned because of the Census fiasco is a welcome tonic to the soul…

The government statistician and Stats NZ chief executive Liz MacPherson was appointed to the role after the last census in 2013.

In the latest census, full or partial responses had been collected for only 90 percent of the estimated population, compared with 94.5 percent in the 2013 census.

Ms MacPherson said Stats NZ was too optimistic and placed too much emphasis on the online census, and did not have robust contingency plans for when things started to go wrong.

She said as leader of the organisation, she took full responsibility for the report.

She will remain in her role as government statistician until Christmas.

…the real reason why there has been a scalp here, unlike the other screw ups, is that in the other examples it’s normally poor brown people suffering so Wellington Bureaucrat’s don’t get punished if they can pronounce Te Reo correctly, but in the Census issue it impacts vast amounts of public spending in white rich places, so someone must be punished.

After months and months of James Shaw defending the Census meltdown, will the Minister finally acknowledge it was an enormous cock up? Despite this being a National Party brainfart, Shaw has refused to criticise his own Ministry which begs the question who is actually in charge here? The Minister or the Ministry?

TDB argued this would be a disaster when the decision to move it online was made, and it has come to pass. You tell the Bureaucrat’s what to do, you never let them dream up short cuts.