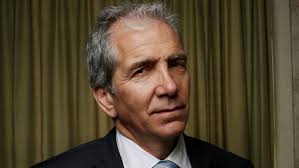 On Saturday I attended a Mayoral debate hosted by the Howick Residents and Ratepayers with Mayoral candidate John Tamihere and current Mayor Phil Goff.

What I heard from Mr Goff at that meeting convinced me that he has no idea what is really happening in Auckland and that for him to continue in his current role would be a disaster for the people of Auckland.

He has presided over a city that is simply not coping with the challenges that we have in terms of public transport demands, traffic congestion, lack of infrastructure for housing developments and  his oversight of the CCOs, where he has allowed unaccountable bureaucrats to run amok.

For some time I have been considering how I can best effect change to make a difference to this city.  I have come to the conclusion that change is needed so drastically that my candidature for Mayor could prejudice the opportunity to make real change, so I am withdrawing from the Mayoral contest because I want to give John Tamihere the best possible chance of providing Auckland with the strong leadership it badly needs.

I believe I can make a useful contribution to the leadership of Auckland by standing in the Franklin Ward where the current Councillor, Deputy Mayor Bill Cashmore has sacrificed the interests of his electorate to prop up Mayor Goff’s administration.

Mr Cashmore has never received a serious challenge in the Franklin Ward and I urge people who are sick of an unaccountable, bureaucrat-run city to ditch Mr Cashmore in favour of my campaign.

I have chosen to stand in Franklin because I have long standing associations with the Ward, previously owning a business in South Auckland, having lived in Pukekohe for years and having seen the area grow and develop to become a thriving centre for Aucklanders and their families.  However the lack of infrastructure for new housing projects, the inability to understand that people who live in Franklin NEED to use their cars and the congestion that afflicts those who live in Franklin as they try to commute to the city are a truly awful indictment of their local Councillor.

Those people deserve better representation than having a Councillor who meekly follows Phil Goff and his failed leadership, serving a Labour Party agenda rather than the interests of the people who elected him.

In withdrawing from the Mayoral contest I want to assure Aucklanders that my commitment to serve them remains strong and I hope that in seeking to represent the people of Franklin I can make a positive contribution to changed leadership in this city.   It is my fervent hope that in the next three years I will be supporting John Tamihere as Mayor as the Ward Councillor for Franklin.