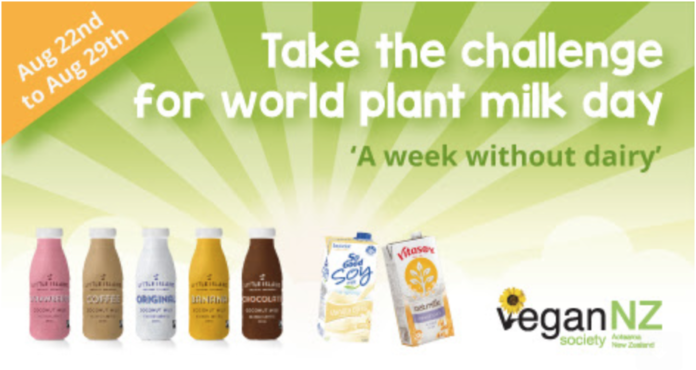 The latest IPCC report clearly outlines the absolute dire necessity for the world to come together to reassess it’s land and water use. The focus is very much upon food production systems and how we simply cannot continue to farm animals for food at the levels we have been doing.

The UN special report on climate and land use clearly indicates that moving towards a plant-based diet is vital to curb the global emissions of greenhouse gasses. That means every country has to make moves in this direction, including New Zealand.

“We are pleased our message is finally being taken seriously,” Claire Insley, media spokesperson for the Vegan Society Aotearoa said, “We have been working towards making veganism easy and available in the mainstream and it is unfortunate that it is taking a climate crisis to force our hands, but forced they are now being. The 100 expert scientists may not want to tell you what to eat but we are happy to provide people with help, advice and information on how to go vegan, or at least bring more plant-based meals into their diet.”

Land used to grow plant foods is considerably less than that used to grow food for animals to feed humans. Plants also take in carbon dioxide and breathe out oxygen. They do not produce methane whilst growing. The mass deforestation occurring in tropical rainforests such as the Amazon is caused by illegal logging and clearing land to grow soy for beef cattle. We need to stop clear cutting forests and grow more plants. This is also true in New Zealand, we have to reduce our meat and dairy industries and increase our crop diversity. We could make much better use of our arable land by growing the right foods in the right regions and dairying in the country’s driest regions such as the Canterbury Plains was never a good or sustainable idea. For which we are now starting to pay the price.

“It was disappointing that our Minister for Primary Industries is so out of touch with the future of farming,” Insley continues, “in a recent meeting with him he denied that plant-based proteins had any kind of future in New Zealand, a claim so worryingly blinkered that one has to be concerned about the Minister’s ability to do his job. With report after report coming out stating that for the very future survival of our species we need to severely reduce our animal product intake, farmers need government support to diversify into horticulture and cropping. For Damien O’Connor to pretend it is nothing to do with the government what farmers grow, he is trying to shirk responsibility for our agricultural emissions. It is very unfair to demand farmers reduce their emissions but then not give them any incentives to do so.”

“We need strong leadership in this area, not a sticking your head in the sand approach that appears to be the Minister’s current position” Insley concluded. Whilst New Zealand may not be amongst the world’s largest emitters, we still use our resources up at a far greater pace than we can replace them. Our largest issue in NZ is animal agriculture and we need to address that and these changes need to put in motion now. The sooner the better, governments have been held hostage long enough by industries and corporations, yet it is the ordinary people who pay the price.

The report states that plant-based and sustainably produced animal-sourced foods “present major opportunities for adaptation and mitigation while generating significant co-benefits in terms of human health” These coming 18 months are the small window of opportunity we have to start making those changes and every country must do its part.