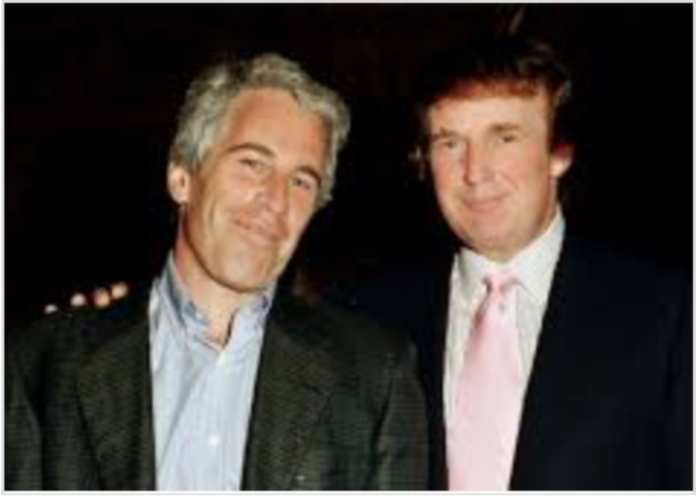 On the one hand, attempting to blame every little thing on “The Clintons” and/or some other, further elite conspiracy efforts … as hilarious as it can be, is often overtly ridiculous.

On the *other* hand … Jeffrey Epstein somehow managing to kill himself *while on suicide watch* following his previous attempt, allegedly via hanging, suggests that *at minimum* there’s been some almost unbelievable incompetence by his jailers.

I’m not saying that he was, necessarily, murdered. Although there is little doubt that a not-insignificant quotient of people out there, whether rich and powerful or victimized and powerless, will be quietly or overtly jubilant at what has occurred.

But it is difficult to avoid the temptation to speculate that oversight on Epstein may have been *deliberately* lax, so as to actively ‘facilitate’ an outcome just such as this.

That is to say – why have a man murdered, with all the subterfuge and potential discovery that this may very well entail, when you can just prod him into making an attempt on his own life, and then not stand in his way when he eventually gets close enough to the precipice .. all of his own accord.

And, once again, it may not even have been a ‘conspiratorial’ effort to facilitate nor ensure that this’d happen. It could have been prison staff with a lackadasical attitude towards the prisoner or the whole situation, for a start.

The only thing that *can* be said at this stage, I suspect, is that in some important ways, justice has been denied. For while we can debate and defer as to whether a self-imposed death sentence is a more or less “just” ultimate outcome, than his spending potentially up to the rest of his natural life in prison …

i) the actual *processes* and *performative* parts of the judicial process *do* matter. The right, not simply of an accused to have their day in court, but of the accusers, the victims, and society at large to definitively establish guilt and have a perpetrator actually *stand trial* as part of that process – this has now been, in some ways, forever abrogated.

ii) any potential value which Epstein may have had for further ongoing investigations into those other wealthy and powerful figures he may or may not have consorted with … will now *also* be severely abrogated. Not entirely disintegrated, as Epstein’s notebooks and other subsidiary evidence are now coming to judicial light. But still.

It’s hard to view what has transpired here – allegedly or otherwise – as being any real kind of “win”.