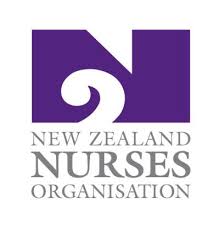 Colonisation and the legacy of archaic British law were the starting points for our modern child welfare system that is inherently racist and disadvantages Māori in particular, the Indigenous Nurses Aotearoa Conference was told today.

Midwife and Māori health advocate Jean Te Huia took conference attendees on an historical journey from colonisation through to the present day about child welfare law and its impact on Māori.

She said early New Zealand simply adopted England’s poor and vagrancy laws which saw many parents locked away and their children becoming wards of the state. This systemic approach was applied mostly to indigenous populations in New Zealand, Canada and Australia and has continued into the modern era.

“One in 12 Māori boys in Aotearoa New Zealand were placed in care between 1960 and 1980. One in a 1000 Pākehā boys were placed in care during that time. And the statistics show that the children placed in welfare are the most likely to become the prisoners of the next generation.”

She said that today Māori represented 86 per cent of the children in state care which closely mirrors Māori imprisonment rates.

“A lot of people don’t know that 80 percent of Black Power members and 78 percent of Mongrel Mob members were wards of the state.”

She said the statistics are almost exactly the same in places like Australia and Canada.

Ms Te Huia, who is in the second year of her doctorate on this very topic, said a 2015 report by Child Health Commissioner Russel Wills, embargoed at the time, said child welfare was not working and that children were better off left with their parents than put into state care.

She called for three specific changes.

First was the abolition of Section 18A of the Oranga Tamariki Act 1989, which means subsequent children born to certain parents will always be taken into state care

“So we’re seeing second, third and fourth generation families all being in state care,” she said,

She also said Section 78 of the Act is a breach of human rights, where a child is uplifted at birth by order of the court on the basis of as little as an affidavit from single social worker. The parents aren’t consulted and never get a chance to argue their case.

Lastly she said it was appalling that legal aid has been removed for parents of such children who now have no financial means of defending themselves so they can get their children back.

“Child Welfare, Justice, the Family Courts and social workers all work in siloes so no one ever gets to see the whole picture,” Ms Te Huia said.

“It’s not until you bring all the statistics together and you look at the whole situation in the context of colonisation that you get a clear sense that this shouldn’t be happening.”