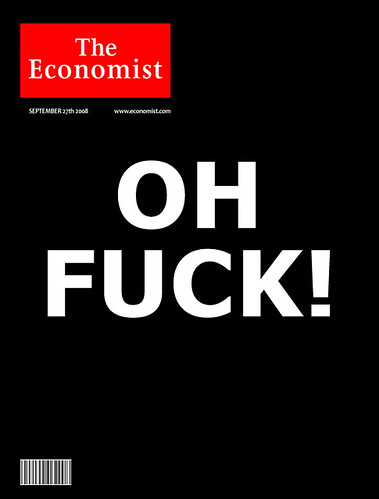 The signs of a new capitalist crisis of overproduction and its attendant financial crises and world recession are accelerating. US inventories are increasing significantly, German industrial production is declining, car industry layoffs are hitting all parts of the globe.

In response, Central Banks have been cutting interest rates in the hope this will stimulate the economy and soften the expected downturn.

The NZ Reserve Bank cut what is called the Official Cash Rate from 1.5% to 1% – a bigger than expected cut. But because interest rates are so low historically, the impact of the cuts left available to central Banks are modest at best.

Yields on government bonds bought by financial capitalists have been falling as investors seek a “safe” haven in the more secure government securities in the face of the approaching crisis.

Global capitalist stability is exacerbated by the erratic economic policies being pursued by US President Trump to shore up US economic hegemony. Similar economic nationalism involving tariffs and currency war is attributed with at least deepening the Great Depression in the 1930s.

The inversion of the US yield curve, a measure investors view as the surest predictor of an impending recession, on Monday became deeper than at any point since the onset of the financial crisis a decade ago, as the US-China trade war spread to the currency markets. The difference between the yield on three-month Treasury bills and the benchmark 10-year bond, which has turned negative or “inverted” before every US recession of the past 50 years, widened to minus 32 basis points at its worst, after Beijing allowed its currency to weaken against the dollar past the symbolic Rmb7 level…..The last time the US yield curve was this deeply inverted was in April 2007 when credit markets were showing the first signs of what would become a global financial crisis.

Global economic uncertainty has investors so fearful of the future, the world’s cache of government bonds that trade at negative rates has ballooned to a new record high.

About $15 trillion of government bonds worldwide, or 25% of the market, now trade at negative yields, according to Deutsche Bank. This number has nearly tripled since October 2018.

Historically, people give the government their money, instead of spending it, with the promise of being paid back, with interest. Now, governments are essentially getting paid to borrow money, as people become increasingly desperate for a safe haven for their wealth. The cycle becomes self-fulfilling as negative rates raise further concerns about the economy.

“Bonds are supposed to pay the owner of capital something to pry the money out of their hands. But no … ” said co-founder of DataTrek, Nicholas Colas.

This is a sign of the capitalist system everywhere running out of tools to prevent or even moderate significantly, the next cyclical economic downturn with its attendant fiscal crisis and surge in unemployment. We need a system of democratic socialist planning, not a boom and bust perpetual growth machine that threatens life on the planet.

Capitalism is a system of growth – on average, over time. That’s what makes it so successful for so long – despite the attendant imperialist wars and economic depressions. Globally, it has averaged 3% a year for 150 years. That means doubling output every 25 years. We can’t double output in the next 25 without wrecking the earth. Capitalism must be replaced by a socialist democracy where economic decisions are planned for the welfare of the earth and its people – not profit.