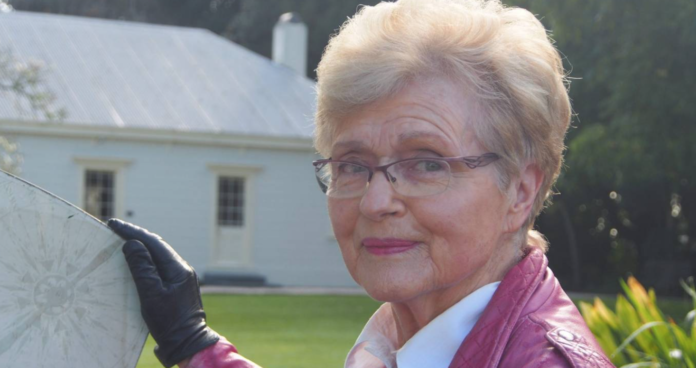 Ready? Because this is the kind of astounding bigotry and pure ignorance of elderly white anger that Don Brash lit with his Orewa Speech and which spawned the Foreshore & Seabed confiscation…

A Western Bay of Plenty councillor and mayoral candidate is trying to block land being returned to Māori after it was sold by missionaries who never owned it in the first place.

Margaret Murray-Benge says giving 11 Mission Street, in Tauranga, to the Otamataha Trust, who represent Ngāti Tapu and Ngāi Tamarāwaho, to right a historical wrong should not occur as Māori cannot be trusted to keep their word.

The Trust plans to lease the land to neighbouring heritage building society, The Elms, at a peppercorn rent of $1 per year for the next 100 years.

But Murray-Benge says if the transfer goes through Māori would “demand every piece of land in Tauranga”.

…she’s more Trump than Trump! She doesn’t want stolen land returned because the righting of that injustice might spark a righting of injustice all over NZ?

You can appreciate Margaret’s anxiety, the core plank of NZs economic success is stealing indigenous land and not paying for it, but to have such selfish anxiety expressed with such pride publicly is jaw dropping in its audacity.

This is the kind of astounding background racism that NZ First are currently playing to, the ruddy neck of Provincial banjo twanging folk law that hisses at basic progress and considers Indian restaurants as too cosmopolitan.

This low horizon imagination that grips anti-intellectual NZ as ferociously as a frightened child to its attachment parenting mommy blogger mother bubbles and churns beneath the faux Tea Parties and beige triumph BBQs of bucolic NZ.

In this carnival of illiteracy strides the angry white settler nation, who long for the freedom of their narrow pettiness to fly and reset the blurred edges of a smeared selective history that reaffirms the injustice they have so magnificently benefited from.

Our lonely crags of Pig Island, these splintered shakey Isles are still as nakedly selfish and lonely as when first glimpsed from Western eyes. Margaret Murray-Benge and her garden variety bigotry is a reflection of New Zealand, not an anomaly.