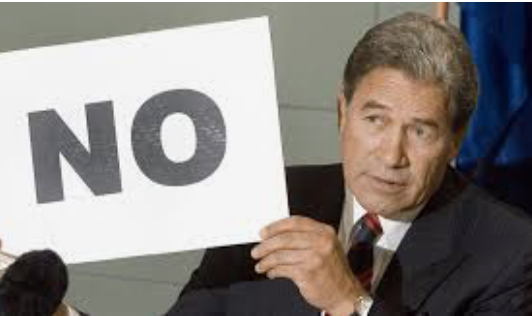 The Justice Minister says he’s not going to do a deal with New Zealand First to help secure votes for his abortion law reforms.

After negotiating a deal on the Abortion legislation, NZ First blindsided Labour with talk of a referendum as part of their socially conservative blitzkrieg campaign to capture cheap headlines in the hope of rekindling the romance between Winston and provincial white rage.

Andrew Little has spun around and smacked down any suggestion of a referendum by immediately reaching across the aisle to National.

You can smack Andrew Little down once with the 3 strikes reversal, you don’t get to do it twice.

There is no need whatsoever to put this to a referendum, it is the right of any citizen to seek a medical procedure because abortion is NOT a crime, it is a health issue!

Seeking a referendum is conservative virtue signalling, nothing more.