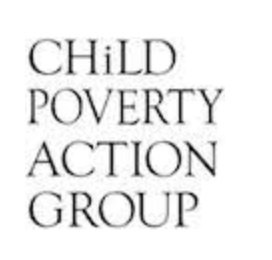 Government’s progress on creating new public housing places is cause for commendation, but not celebration yet, says Child Poverty Action Group (CPAG) .
During the 2018/19 year there was a net increase of 2,178 in the number of public housing places. This comprised 1,223 Housing New Zealand places and 955 places with community housing providers. However, the bulk of additional places provided by community housing providers is likely to have been existing social housing stock that were brought into the Government’s income-related rent programme. Exactly how many of these additional 955 places are actually new houses has not been reported, so just how many additional social housing units have been created over the past year isn’t known. CPAG says the Government should make these figures available.
Concerningly, as at March 2019 the number of households on the Social Housing Register has reached 11,067, an increase over the previous year of 3,177.
Those on the ‘Priority A’ list – who are identified as having a ‘severe and persistent need’ have increased over the same period by 2,853.
“While we are heartened that the Government is making a real commitment toward meeting it’s targets for providing new public homes, the net increase has not even been sufficient to house the additional numbers in need,” says Frank Hogan, CPAG’s Housing Spokesperson.
“What we are seeing is realisation of many years of severe economic pressure being applied to our most vulnerable families, many of which simply are not able to access housing through the private rental market, since they have been priced out of it,” says Hogan.
“This lends to situations where multiple families must reside in one dwelling, and the health implications for children are severe. We are seeing far too great a prevalence of preventable illnesses such as strep throat, which can escalate to other life-threatening illnesses, that are more likely to occur within over-crowded situations.”
State housing supply simply has not kept up with the burgeoning need.
“We urgently need a greater number of state homes, and we need more solutions to housing across the board,” says Hogan.
“Younger people, potentially first home buyers, are renting for longer as they too are locked out of the market, so what we have now is a supply and demand issue that is unconscionable where it relates to people’s basic rights, and especially the rights of children, who are especially vulnerable when they don’t have a secure place to call home.
“Not only is there a lot of competition for houses to rent, but many low-income families are spending more than they can reasonably afford on their housing needs, and they live in a constant state of severe financial insecurity. Many more people are in need of state housing, and despite the Government meeting its targets, the targets aren’t sufficient to meet the real need.”
Around 50% of all low-income households receiving an Accommodation Supplement are spending half their incomes on rental housing.
“Children in low-income families are falling even further behind, including developmentally, if they are moving continuously between homes.”
Government spending on emergency housing totalled $34,338,613 over the June 2019 quarter, while special grants for accommodation costs $21,209,927.
Low-income families are relying on the Accommodation Supplement to be increased regularly, and many need supplementary assistance just to be able to meet their housing costs, but CPAG says that this isn’t working.
“Families need to have sufficient income to meet their housing needs without having to continually require top-ups. Alongside income adequacy, we urgently need more public housing, and more solutions to ensuring that rents are stabilised and tenants have security of tenure,” says Hogan.
CPAG says that the Green party’s rent-to-own scheme is one solution that could make a world of difference to many low-income families who are able to afford their rent, but not to save for a deposit.
“If it comes to fruition, which we hope it does, it could be a good way to ensure that low-income families have housing security and are not burdened by continually increasing rents.”