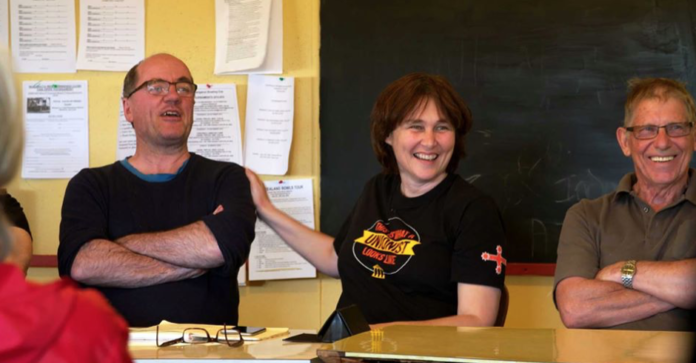 If you only go to see one film this year make sure it is “Helen Kelly-Together “by Director Tony Sutorius and produced by Catherine Fitzgerald.

I went to a morning session today and came away feeling a mixture of inspiration and anger.

Helen was an exceptional woman and in Tony Sutorius she could not have picked a better film maker to capture the last year of her life. He largely funded it himself because he could not get a mainstream broadcaster to support the project.

So it’s a work of love by all those who gave their time and talent to make the film – and it shows.

All of the above was inspirational

What made me angry is that the film exposes how we are doing bugger all about the appalling on – going work related deaths in our country and how Worksafe, far more often than not , put the blame on the employee, not the employer for the death.

It’s fine and dandy that this Labour coalition want to promote “well- being” . How about walking the talk and legislating compulsory safety- at -work education and prosecute employers more often and more rigorously for callous disregard of human life , so that when Dads,Mums, brothers and sisters, friends and whanau leave for work in the morning, they have the best possible chance of coming home that night.

Helen Kelly – Together will be screening at 28 sessions around the country.
Please make sure you catch one of them.This is a very important film that deserves your support

“I just want people to be kind. It would make a hell of a difference”.