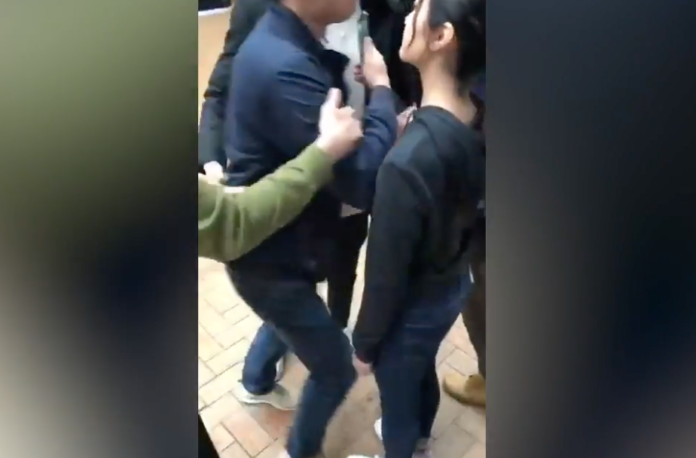 As I have been pointing out, the friction we saw erupt on a Australian University Campus between pro China students and pro Hong Kong students was simply waiting to occur here in NZ.

The University of Auckland is launching a formal investigation after three Chinese men were filmed clashing with protesters on campus who were against a controversial proposed extradition bill in Hong Kong.

University student Serena Lee, 27 said she was left “shocked and shaken” after the men pushed her to the ground in front of a Lennon Wall at the city campus in Auckland on Monday evening.

Video of the scuffle between those supporting the bill and those against it has been uploaded on YouTube and shared on social media platforms.

NZers do not appreciate the single minded love many Chinese students have for their totalitarian communist regime and won’t understand the level of force those pro-China students are prepared to use to champion their world view.

Let’s see where this goes.