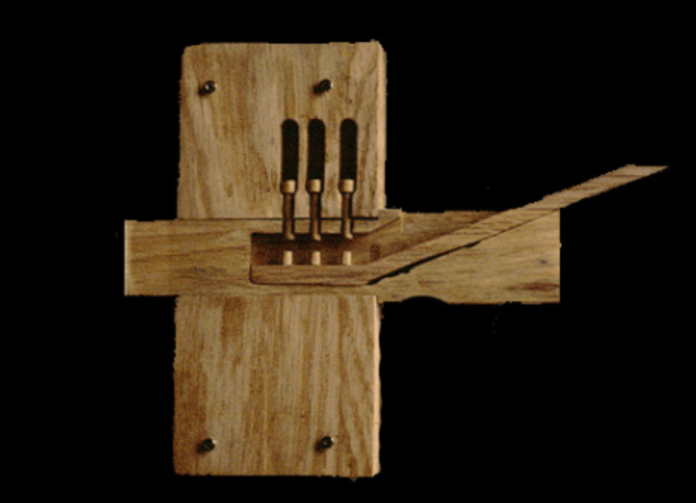 More than 4000 years ago somewhere in the Middle East, perhaps Iraq, perhaps Egypt, some genius invented the pin lock. (pictured)

It was an invention that changed the world, because up until that point only people who were either very good fighters or could afford hire guards could accumulate and protect the stuff they didn’t want others to have.

What the lock has done over the centuries is allow many millions of people to keep their stuff safe from others at lower and lower cost.

As someone who is cursed with thinking about such things however it seems to me that the invention of the lock tells us something about our own mental evolution as a species.

At some point in our development, thousands of years ago, the ideas of ME and YOU and US and THEM must have developed and at some stage, perhaps around the same time, the ideas of MINE and YOURS came about.

It may be that these ideas derived simply from protecting family, tribe and territory, but that’s a chicken and egg speculation.

What we know is that over the millennia we developed the idea of private property which has been formalized in land deeds and the concept of ownership.

Now you can argue that such concepts have made civilization possible because people are driven by self- interest and that the motivation to own land and acquire stuff that other people can’t have, is what has got us to this point in our development.

You can equally argue that it is our capacity to share and work for the common good is the attribute that has contributed most to our human development, that consumerism is destructive both to the planet and to our individual well-being and if we weren’t so selfish we would not need so many locks.

What do YOU think?

PS If you have not seen the late George Carlin’s stand up comedy routine about STUFF, take a 5 minutes out of your weekend to watch it. Comedy is at its most brilliant when it makes us reflect on our human condition.