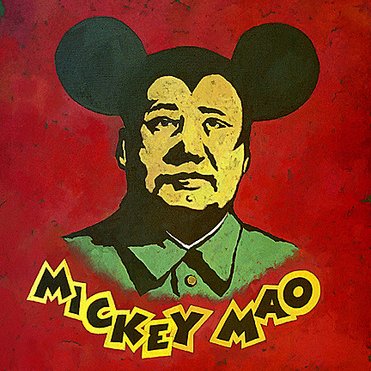 It looks like the good people of Hong Kong have decided they don’t like the leash placed upon them by the largest totalitarian communist regime on the planet. The continued resistance and fight against Chinese erosion of civil rights in Hong Kong builds without any end in sight.

This is causing enormous tensions beyond Hong Kong and we saw that tension erupt in Australia last week when pro-China students at the University of Queensland clashed with pro-Hong Kong activists.

What happens to NZ if Hong Kong explodes? China is our largest economic trading partner and to date we have crawled on our bellies to our Chinese Overlords so as to not annoy them. We are even happy to allow China to harvest organs from Muslim Uighur’s at a time when we are bending over backwards for the Muslim community.

It really says something about us as a nation of cowards that we are prepared to spinelessly acquiesce for the dairy industry so as to not anger China while they are actively harvesting body organs from Muslims in re-education gulags at the exact same time we are apologising for a white supremacy terrorist atrocity that butchered Muslims.

We are truly a gutless people.

So what happens if Hong King explodes? If NZers see the same type of pro-China attacks on our Universities as have occurred in Australia last week, the vast chunk of kiwis are gong to freak out.

The  silent truth of National’s decade in power was the open migration from China so as to prop up the economy on cheap milk powder and property speculation. That intake of Chinese migrants cemented the ‘Blue Dragons’ as a major faction inside the National Party. It will be difficult for National to openly criticise Chinese aggression in Hong Kong because of that faction and Labour are too frightened to endanger the dairy industry’s addiction to China as a market.