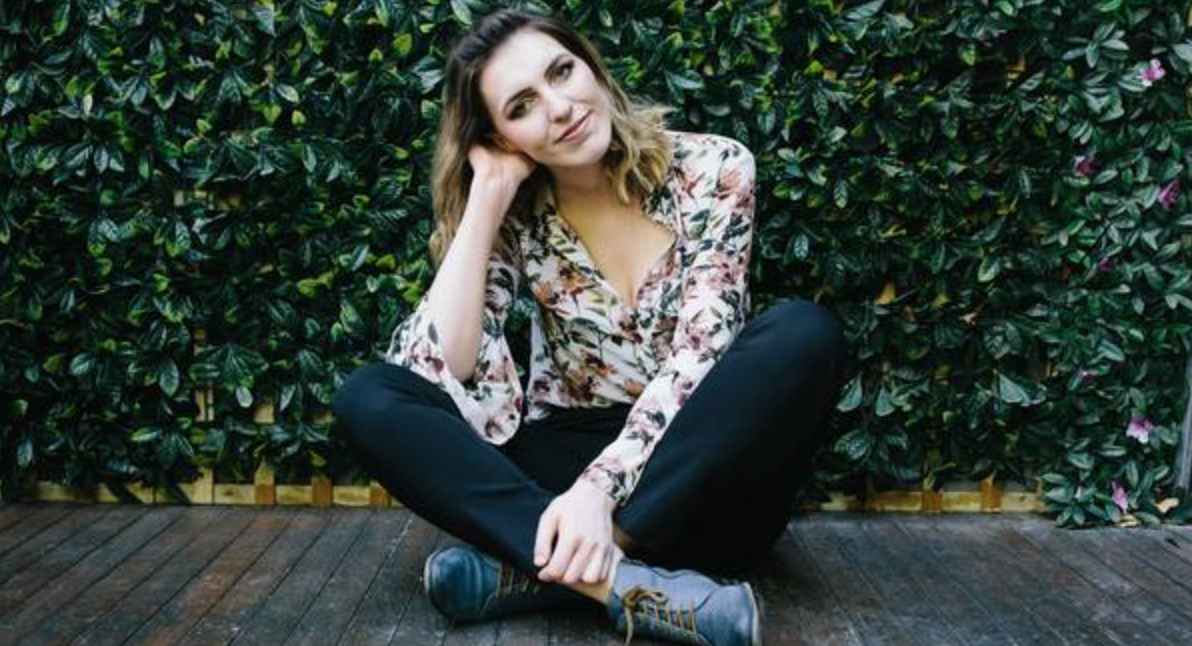 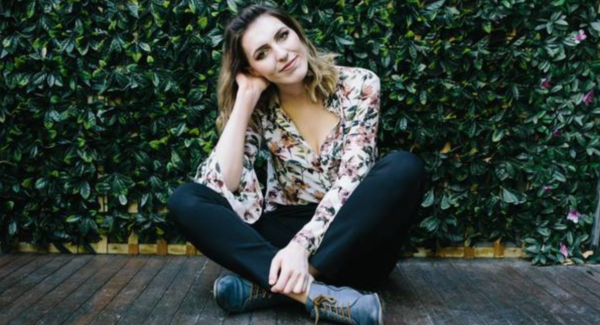 A Kiwi comedian is in hot water with cricket fans around the world after she tweeted a screenshot of a vulgar, sexually explicit message she claimed had been sent to her by someone from the Reddit cricket community.

The 2018 Billy T Award winner was in the commentary box with the collective when she made the tweet. She admitted the account was fake when a Reddit moderator contacted her asking for details of the sender.

…does this sort of thing get you cancelled by the woke, or is it a prerequisite to getting your Antifa  blackbelt?

Look, I don’t care because, well I just don’t care. Some Men’s Rights Activists might gnash their teeth and scream this is double standards and a women pretending to be sent a sexually explicit message is further example of victimisation culture weaponised against masculinity, but I’d suggest If one women making something up is all you need to write off everything feminism says, you probably should be kept away from sharp objects, crayons and books. 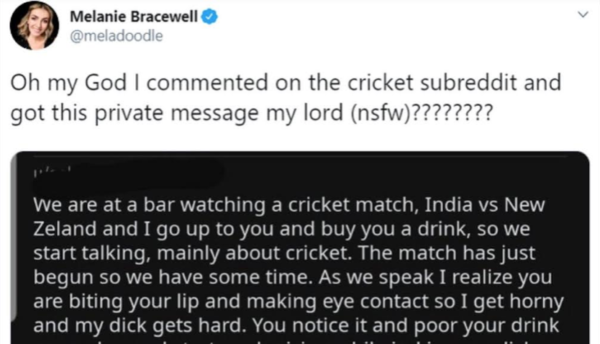 Ok, hold on. Why on earth would you just assume that a person chewing their lip was a green light to sexual attraction? I’m also concerned that some eye contact and aforementioned lip chewing led immediately to sexual arousal on the guys behalf.

I could post the whole thing up but it’s pretty grim, particularly the way the entire sex act manages to bend space and time and start before the India NZ game and then climax exactly at the end, which suggests at least 6 hours in  the toilet cubical.

I think Melanie should  dump the cricket inspired pornography and stick to comedy.