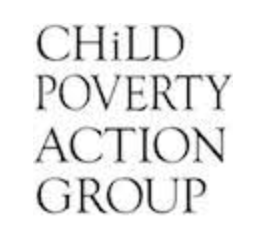 Child Poverty Action Group (CPAG) says that the number of children living in households regularly going without sufficient healthy food is unacceptable, especially when healthy food is plentiful in Aotearoa-New Zealand.
A recent publication from the Ministry of Health reported that one in five children in New Zealand – between 161,000 and 188,000 – regularly experience food insecurity, while more than half of children supported by a main benefit are regularly food insecure.
CPAG says the connection between food insecurity and a lack of adequate income is undeniable, and it’s past time for Government to reverse the damage of the broken welfare system it has inherited. It is also important to consider the context of the data being taken from the 2015-2016 survey period.
The picture in 2019 is of increasing numbers of people lining up for food parcel assistance from Work and Income offices, the Auckland City Mission, or the Salvation Army, among many others.
The Auckland City Mission reported in August 2018 that the number of families requesting food parcels had reached the highest in City Mission’s history.
“The latest figures show that there has been a 44% increase in food parcels from the ACM over the past year,” says Helen Robinson, General Manager of Social Services at the Auckland City Mission.
“What we are seeing is that neither benefits or the minimum wage provide sufficient income for a family to meet all their needs, which is why we need a much more supportive and responsive welfare system.”
While at the heart of this problem there is a lack of affordable, secure housing solutions, with low-income families often having to spend more than 50% of their income on housing, incomes are just far too low.
CPAG is concerned that children who live in food insecure households are at risk of undernourishment through lack of healthy food, relying on cheap, heavily flavoured fillers such as those Dr Rebekah Graham lists: $1 pasta, $1 loaves of bread, and instant noodles. This type of diet is linked to other adverse health impacts for children, and can be hazardous for their mental and physical development.
“We are also very concerned that families are waiting far too long for meaningful relief from the serious poverty many experience,” says Associate Professor Susan St John, Economics Advisor for CPAG.
CPAG was disappointed by the initial response by the Government to the Welfare Expert Advisory Group’s recommendations, saying that announcements did not signal the courageous, transformational change that CPAG and many others had hoped for.
“Benefits have been indexed only to prices since the drastic cuts of 1991, and the abatement threshold for earned income has not moved in decades,” says St John. “From 2020 benefits will be linked to wages at last, but they will not be increased as they so badly need to be. The earned income threshold is to be only marginally increased.
“A complete reset of the benefit system is needed to raise living standards of those on benefits to level that means they can survive without private charity and loan sharks.”
CPAG says benefits need to be substantially increased, and the full Working for Families paid to all low-income families immediately so that all children can enjoy a healthy life.
“It is too late to wait for the response to WEAG. An emergency package is urgently needed before Christmas for all low-income families,” says St John.
For more information download CPAG’s 2018 paper “What will it take to have a welfare system that is fit for families in the 21st century?”