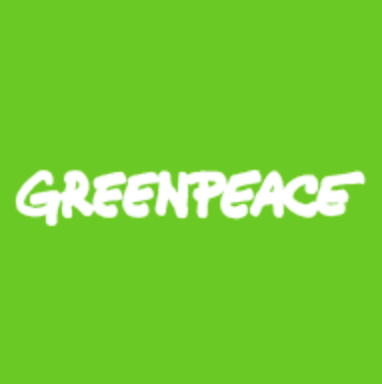 The announcement from Government this morning that it will invest $40 million into converting plastic waste into new products has been called a positive step by Greenpeace, but has left them asking where the ambition is for tackling plastic at its source.

Jessica Desmond, oceans campaigner at Greenpeace, says we need to focus on stopping waste being produced if we’re going to turn the tide on the plastic crisis we face.

“End-of-life solutions are one aspect of a plan to deal with the plastics crisis, but they should be a last resort for any waste that cannot be eliminated or reused,” she says.

“When two thirds of the plastic waste on NZ beaches is non-essential single-use plastic, it doesn’t take much to work out that even if we come up with innovative ways to deal with the plastic at the end of the pipeline, we must primarily focus on reducing it at the source.

“On the same morning the plastic bag ban came into effect – a huge win for people power that shows how quickly we can change when we really want to – I’m disappointed that the Government isn’t rolling out more policies to deal with our horrific plastic problem head-on. We urgently need to see more unnecessary plastics eliminated completely.

“Greenpeace crowdsourced a plastic plan in 2018, that has been supported by 22,000 New Zealanders. The plan focuses on reduction first: banning non-essential single-use plastics, taxing problematic items, and setting reduction targets. Then we focus on reusing what we have, through a container deposit scheme and further refillable solutions.

“Finally, we implement end-of-life strategies for any remaining plastics. Today’s solution from Government is like taking step three before you’ve taken steps one and two.

“We can turn plastic waste into as many benches and fence posts as we like, but while massive corporations like Coca Cola are still producing 1 million plastic bottles a minute globally, we are simply bailing water out of a ship that’s sinking.

“Plastic producers are planning for a 40% growth in single-use plastics in the next decade. Stopping the avalanche of plastic starts with regulating the industries producing it, not scrambling to deal with it when it’s already been made.

“We don’t want to create a situation where producing plastic is still desirable and profitable. Globally we are seeing this happen with things like The Alliance to End Plastic Waste – a group funded and formed by fossil fuel and recycling companies. Their model is to fund recycling schemes while investing millions in new plastic production. It’s a licence for them to make money and continue polluting.

“In such an arrangement, oil companies like Shell and Chevron get to continue their dirty business, while telling the public they’re solving the problem at the other end.

“Around the world, governments are implementing comprehensive strategies to end plastic pollution with everything from levies and bottle deposits, to banning a wide range of single-use plastics. The European Commission has a strategy to tackle the top ten polluting single-use plastics. But right now New Zealand has no such plan.”