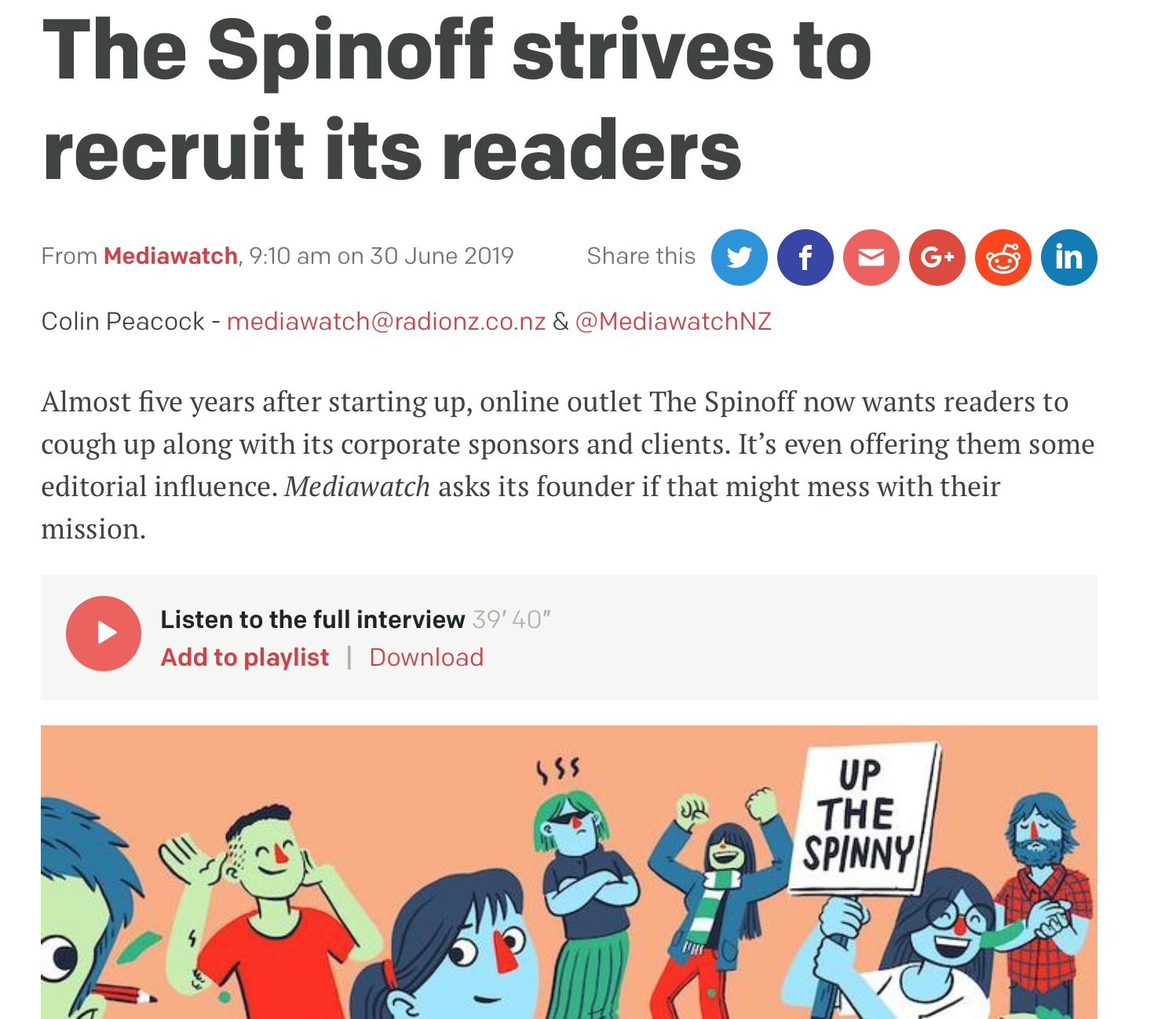 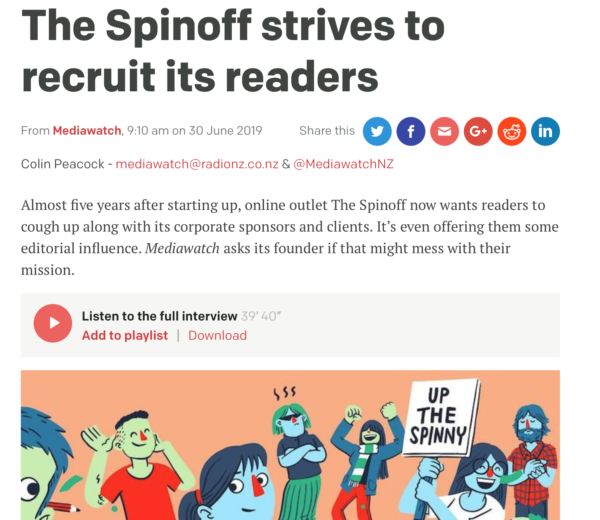 Up the Spinny indeed.

One of the most interesting repercussions of the NZ Herald going behind a Paywall has been the sudden increase in the quality of my life.

Not having to read Mike Hosking, Matthew Hooton, Heather Du Plessis-Allan, Kate Hawkesby, Lizzie Marvelly’s 10000th column on why men are shit or the coma inducing trolls troll, David Cormack, has just made my day to day living so much better.

It’s not just not reading them, it’s the safe, secure  and warm knowledge that barely 10 000 other people are reading them.

The Daily Blog has ten times the readership of the Herald’s Paywall, I’ve seen self mutilations with less self sabotage than the Herald’s decision to go behind their bloody wall.

Sure, I genuinely miss Rachel Stewart, Audrey Young, Fran O-Sullivan and the brilliant journalism of David Fisher, but not having to read the mediocrity of the others has done wonders for my blood pressure.

Which brings me to The SpinOff’s latest attempt to stay afloat, which is pressuring their woke middle class millennial readership into weekly subscription rates (which is odd when you consider the tens of thousands of dollars NZ on Air and Corporate PR seem to piss into their bank accounts annually).

The Spinoff strives to recruit its readers

Almost five years after starting up, online outlet The Spinoff now wants readers to cough up along with its corporate sponsors and clients. It’s even offering them some editorial influence. Mediawatch asks its founder if that might mess with their mission.

Seeing as some of the content is pay for play over at the Spinoff, it’s not surprising they also want to get their readers to pay for it too. What’s a tad bit concerning however is their promise to write copy for their private subscribers, which sounds less like journalism and more like an echo chamber which could easily become a PR outlet for groups who want copy written without knowing they are paying for it, (listen to the Mediawatch interview where the interviewer hilariously points this out to Duncan Grieve).

If you are going to subscribe to media outlet do it for E-tangata so rather than a subscription at The Spinoff, why not a Paywall?

I mean surely there’s only so many times you can read about  hating on adults who don’t like kids screaming in cafes? Isn’t there a limit to never ending militant cyclist rants? Don’t get me wrong, ‘Blame cracker for the Christchurch shootings’ and ‘all men are rapists’ are wonderfully provocative, but after the 5millionth time it just seem like 50 shades of masochism.

Micro aggression policing the lack of micro aggressions and demanding trigger free safe spaces with emotional support peacocks deserve to be behind a Paywall don’t they?

Can’t we just get the PSA and Wellington Twitteratti to directly sponsor the Spinoff so that Free Speech can be paid speech?

I say we should build that wall!