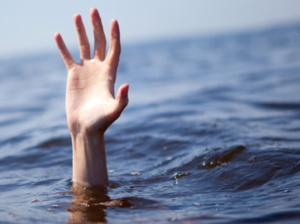 National leader Simon Bridges has taken the infrastructure portfolio off Judith Collins in a reshuffle following Amy Adams’ announcement she would be leaving.

Collins stays in the exact same position at number 4 in the National Party rankings but has lost her Infrastructure portfolio to new finance spokesman Paul Goldsmith, who replaces Adams in the number 3 spot.

Bridges said nothing should be read into the movement of the portfolio as it was more to do with a realisation that infrastructure belonged to the finance portfolio.

It’s understood relations between Bridges and Collins remain frosty after perceived signs of disloyalty from Collins earlier this year.

The reshuffle followed Adams’ announcement, and the news the party’s Wairarapa MP Alastair Scott would stand down before 2020 general election.

It comes two days before a Government reshuffle of Cabinet.

Adams’ other role of shadow attorney-general will head to Tim Macindoe.

Goldsmith’s transport role has been handed to Chris Bishop, who rises 18 spots in the rankings to number 16.

Bishop’s police role has been given to Brett Hudson.

…we will all miss the terrible sadness in Amy Adams eyes.

Simon says the demotion of his biggest rival, Judith ‘Winter’s Coming’ Collins, in favor of Paul Goldsmith is because Paul has worked hard.

Every 3 years Paul ritually humiliates himself in Epsom so ACT can win – which is a wonderful trait for a masochist but is it number 3 level qualities? If Paul Goldsmith is the answer then the question must be, ‘what-pale-stale-white-male-is-so-mediocre-they-manage-to-make-Simon-look-like-a-giant-of-potential’.

It’s so good that Chris Bishop has been promoted inside National – after he attempted to push Gun rights just before the Christchurch atrocity he’s been as relevant as David Seymour’s dance moves – Bishop’s rise is a strong signal to talentless boof heads that you too can advance in National no matter how spineless and intellectually vacant you are.

Simon Bridges keeps referring to National as the ‘natural home of talent’ which suggests that Simon has no working knowledge of the words ‘natural’, ‘home’ or ‘talent’.

As for Todd McClay and Brett Hudson, the question ‘who’, tends to immediately follow any utterance of their names so if they are highlights, it’s a very short promo reel.

So effectively mediocre white men have been advanced over any actual promotion of ability and charisma which isn’t a criticism of National, it’s more a statement of fact that denotes the very values they stand and sit when their told for.

I’ve seen more dynamic yawns than this reshuffle, it manages to make the term Shadow Cabinet even less substantive. More like a Wraith Cabinet.

If this cavalcade of mediocrity wins the 2020 election, not even God can save New Zealand.