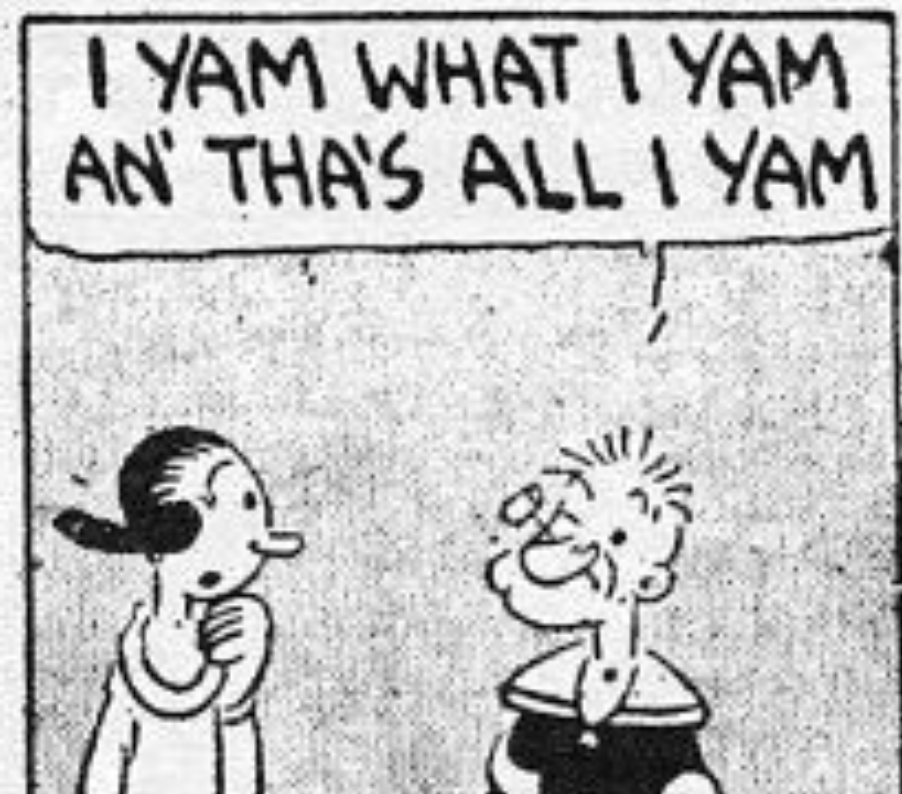 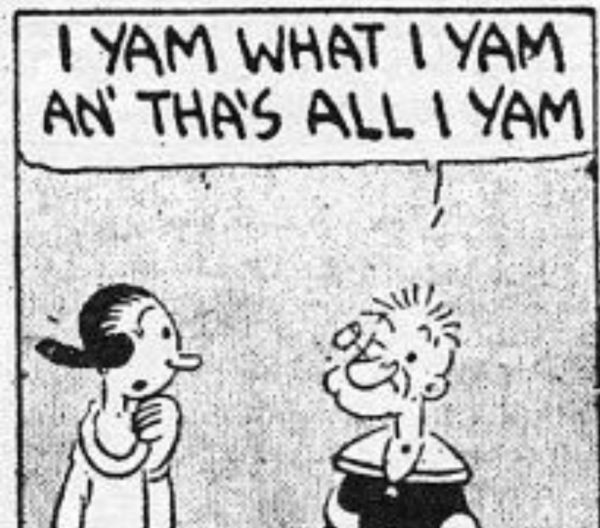 Deciding whether or not to step into the character changing booth is another one of those questions that can peel back the layers of your attitudes, opinions and beliefs once you start to unpack it.

It infers, for example, that people CAN change their character if they just put their mind to it

Dale Carnegie’s “How To Win Friends and Influence People” has sold over 15 million copies since it was released in 1936. That’s a lot of people prepared to buy a book booth they can step into that will claims to magically transform the readers life by changing how they are perceived.

Or do you think that such self- help courses are waste of time and agree with Popeye when he says “I yam what I yam and that’s all that I yam” and there is nothing you can do about changing your character ?

Me ?
I’m not in the Popeye camp.
While I think our personality ( if that’s what we take to mean by the word ” character”) is partially wired- in at birth, I do think that much of who we become is formed in the family booth and the school booth which is why it is so important for us to support these institutions.

While I know of many adults who have consciously turned their lives around I also know through my criminal investigation work that there are some individuals who are so incorrectly wired and dangerous that prison is the only solution we have for them.

But I suspect a very, very small percentage of prison inmates fall into that category. For the vast majority of inmates we have to do a lot more in supporting their transition back into society if we hope to reduce the recidivism rate over 50% (after 5 years)

While I think that who you are is largely up to you , it’s also up to all of us (the society booth) to help you become whatever you want to become.