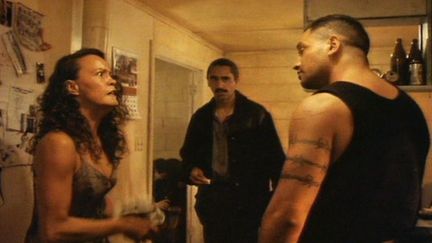 There has been a lot of discussion recently on Stuff.co.nz about the 25 year history of Once Were Warriors, that quintessential New Zealand film that went beyond the shaggy dog antics of Goodbye Pork Pie and Came a Hot Friday  or the dystopia of the Quiet Earth or Sleeping Dogs or the pure creepiness of Vigil and The Navigator to enshrine itself as a chapter of our cultural history that to this day still resonates with all the fury of its opening night.

Alan Duff says he wouldn’t make the film again today, and I wonder if that’s because it would be ripped to pieces by Millennial and Gen Y micro aggression policing critics who would argue that it celebrates patriarchal sexist tropes and promotes family violence. I imagine there would be a boycott petition on Action Station and  the Wellington Twitteratti would run a campaign against the NZ Film Commission to deplatform all the actors who participated in the making of it.

What a self censoring progressive time we now live in, Sleeping Dogs today would be remade as Creeping Puppies where the cultural revolution of the Woke slowly eats all the protagonists until they turn on each other for not being intersectionist enough.

I’m saddened that Duff feels this way about Once Were Warriors because for me it was one of the most important films I ever watched, for me it was the first time I had ever seen the level of domestic violence I survived in my early childhood  on screen. It was the first time that my experience was readily identifiable to me and the mental whiplash of that recognition has never left me.

If you are poor and white, there are no excuses for the damage your childhood gives you. The protagonists in the film were all Māori and there was a poetry and romanticised out that led them from the urban slum to the brighter rural future of the childhood Marae, that wasn’t a plot option for those of us who were poor and white, but the ability to see that lived experience on screen was enough to validate us on these Shaky Isles.

I appreciate Once Were Warriors is traditionally seen purely as a Māori experience that was voyeuristically consumed by pakeha, but for those of us pakeha who also shared the domestic violence and untarnished alcoholism of the late 1970s, Once Were Warriors was a validation of the kiwi experience that made us feel more included than a thousand renditions of the national anthem at a thousand Rugby World Cups.

It’s taken me 25 years to say that. Thank you Alan Duff.