President Donald Trump on Friday reacted on Twitter to reports that he ordered a military strike on Iran for shooting down an American drone, but then reversed his decision after the plan was underway, saying he called off the attack with just 10 minutes to spare because he was concerned about potential casualties.

America is a corporate war machine, the Industrial Military Complex speech that Eisenhower gave in 1961 has only become more true with every passing year.

Corporate warfare is where the real money is, and the soft power of Corporate Hollywood is there to mask the venal nature of the war machine America Inc truly represents.

Look at the money America spends on its Military-Industrial Complex… 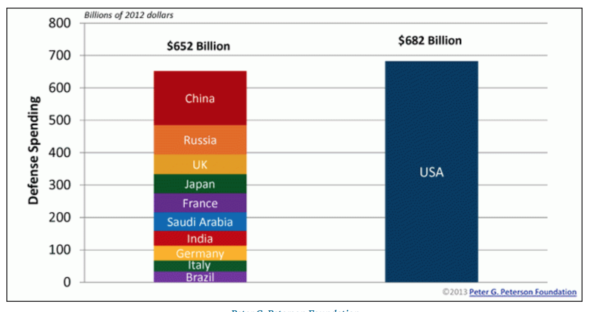 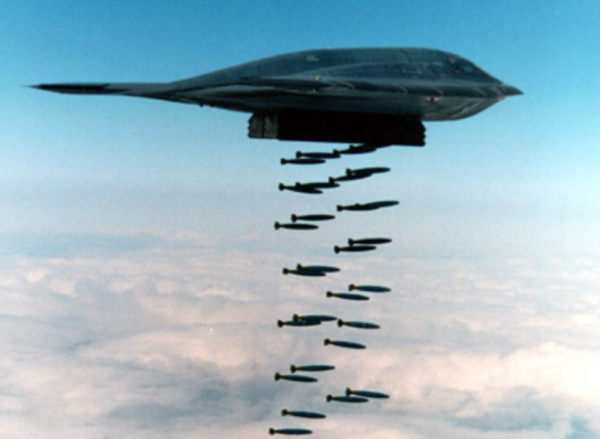 …Trump’s nationalism means he wants to withdraw from the world, not invade it. He see’s needless dollar signs for every  bomb dropped, he doesn’t see the promotion of Amerikan Democracy and as such he wants less engagement behind his wall, not more.

His decision to not go ahead with the strike against Iran because he didn’t want the 150 casualties amounts to committing the worst cardinal sin for a Military-Industrial Complex, squeamishness at death.

The great Corporate War machine of Amerika drinks deeply and with gusto from the ocean of blood it generates and a President who doesn’t wear his blood stains with pride is quickly accused of heresy.

The manner in which this Iran strike is already being spun as cowardice on the part of Trump is the beginning of a narrative change that the Complex will be demanding.

Can we all just universally agree, as New Zealanders, that if Trump gets tricked into a military conflict with Iran – we point blank refuse to get dragged into it.