My first thought when it was announced last week that white supremacist and terrorist Brenton Tarrant had been charged with committing an act of terrorism was how the media’s agreed self-censorship of their coverage will impact the trial.

The addition of the charge of terrorism would require the prosecutors to prove Tarrant’s motives when it comes to politics and extreme views, denying him any coverage of his defence of those charges seems to fly in the face of open justice.

When Stuff, TVNZ, Mediaworks, NZME & RNZ signed this agreement, they wouldn’t have known that the Police would add terrorism to the charges, so there is an opportunity here for them to pause and reconsider how this forces them to cover his defence because this trial has to be seen serving justice as well as actually providing it.

The entire world is looking on, New Zealand’s legal system is being tested and we must pass that test with transparency. 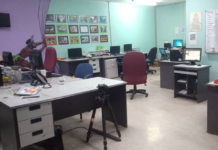