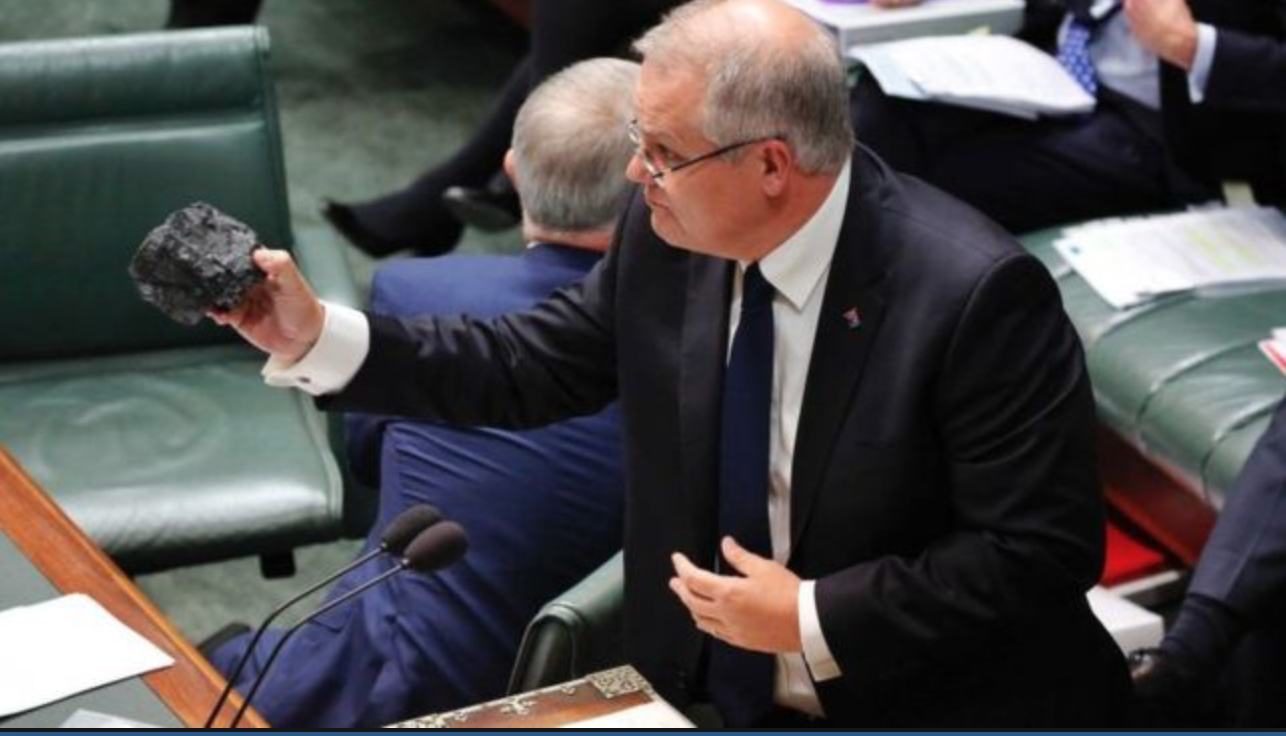 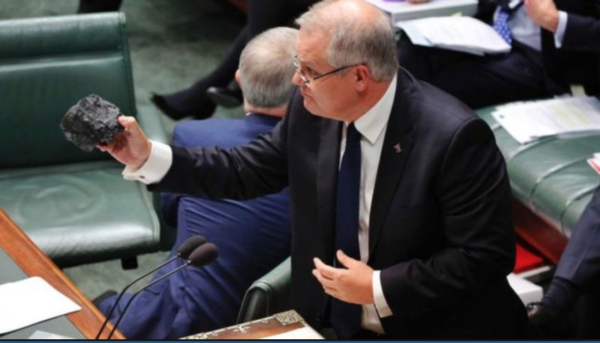 The Australian Labour Party (ALP) cannot govern the country without a good result in Queensland. With this cardinal rule in mind, I clicked onto the internet at 6 a.m. last Sunday NZ time. After noting the Liberal/National Party (LNP) victory, I typed in ‘Queensland seats 2019’ with some trepidation. The ABC website said it all – on primary votes, a 4.4% swing to the Liberals and a 3.4% swing against the ALP with the loss of at least two seats. Across the state, Pauline Hanson’s One Nation Party increased their first preference numbers by 3% from the last Federal election – many of these new votes came from the ALP.  Now, with most of the counting done, these trends are confirmed and the LNP has a majority in Canberra’s lower house. Certainly, other factors contributed to the Federal result – Shorten’s lack of charisma, Scott Morrison’s energetic campaign and the bourgeois revolt against Labour’s progressive tax regime. Yet, the fact remains, Queensland results decimated the Labour vote in key seats and gave the LNP a clear parliamentary majority. What, then, explains the ALP’s Queensland nightmare? My answer can be summarised in four words: preferences, Adani, Murdoch and condescension.

Many who voted for One Nation and other independent parties gave their second or third preferences to the LNP. This was no accident. LNP campaigners deliberately courted far right voters who had extreme views on climate change, Islam, immigration and refugees. Coming straight from the John Howard playbook, Scott Morrison’s ‘dog whistle’ strategy clearly worked. In the North Queensland seat of Herbert, Labour’s narrow majority was wiped out. Of primary votes, the LNP received 37% and the ALP 26%. Crucially, though, Pauline Hanson’s One Nation Party and Bob Katter’s Australian Party each received over 10%. Most of these voters supported the LNP on second preferences. Similarly, in the Labour-held Longman seat, the distribution of primary votes was LNP 39%, ALP 34% and One Nation 13%. Preferences from the latter helped to elect the Coalition candidate. The marginal LNP seats of Capricornia, Forde and Petrie all revealed the same pattern. The shift of primary votes away from Labour and toward the Coalition was complemented by growing support for One Nation. Their preference votes increased LNP majorities. In these and other Queensland seats, Labour also confronted Clive Palmer’s United Australia Party. They received approximately 3% of the Queensland primary vote and cut a preference deal with the LNP early in the campaign. Additionally, Palmer spent over A$50million on a relentless anti-Labour, anti-Shorten advertising blitz. The lies within have been described by former New South Wales Supreme Court Justice Anthony Wealy as “intolerable” (C. Knaus & N. Evershed, ‘False election claims spark push for truth in political advertising laws’, Guardian, May 20,  )

In Queensland’s Galilee Basin, the Indian multinational conglomerate Adani is set to develop  the Carmichael mine, one of nine earmarked coal projects. They are designed to match projected increases in India’s coal-fired power plant capacity. Together, these mines could generate an additional 705 million tons of CO2 emissions per year when the coal is burned.  Adani claims that Carmichael will deliver 1,500 direct jobs on the mine and rail project along with 6,750 indirect jobs in towns such as Rockhampton, Townsville and MacKay. Just before the election was called, Environment Minister Melissa Price granted Federal approval to Carmichael, however, there are still 15 plans awaiting approval. They cover water management, rock waste, soil subsidence and wildlife species management. In short, Adani is the major flashpoint in a struggle between mining/minerals corporations and climate justice activists. The corporates are linked to the LNP, far right parties and well-funded lobby groups. Mine opponents supported by the Green Party, some elements of the ALP plus small wealthy metropolitan voting blocs within the LNP. The Queensland State Labour Government has been publicly equivocal on the mine while gradually conceding to Adani behind the scenes. In April 2017, the Premier Annastacia Palaszczuk approved a water licence granting the mine unlimited access to ground water for 60 years. During the Federal election campaign, Bill Shorten prevaricated about the mine yet was strident about the need for Australia to reduce carbon emissions. This equivocation was punished by Queensland voters, especially in the north, north-east and central regions.

Rupert Murdoch’s Newscorp in Australia staunchly supports the LNP, especially its conservative-right factions and MPs. Before and during the election campaign, Bill Shorten, the ALP and their policies were vilified across a range of media outlets, especially the Australian, the Sydney Telegraph, the Brisbane Courier Mail and Sky News Australia. Overall, Newscorp Australia operates 170 newspaper and magazine titles throughout the country. Their campaign messages were blunt and brutal – ALP tax policies will tank the economy, destroy retiree savings and penalise middle class families. Their CO2 emission targets, electric car investments and pollution restrictions were deemed economically disastrous and punitive for tax payers. On Monday, 6 May, the ABC exposed Newscorp’s climate change campaign (see). Such propaganda was not automatically believed. After all, Tony Abbott lost his Warringah seat partly because of his reactionary climate change views. And, the Green Party increased their support in every Senate race outside of Northern Territory. However, North and Central Queensland present a unique set of circumstances. As journalist Jason Wilson observes:

One thing that has been so far underplayed is Newscorp’s newspaper monopoly throughout the region. These newspapers have mounted a sustained propaganda campaign in favour of the new mine. On the Reef Coast, they have downplayed damage to the Great Barrier Reef owing to the climate crisis.

The virtual collapse of other regional news media means that News has an outsize agenda-setting role in the area. This resembles an exacerbated version of News’ national position, which became a subject of broader debate during the campaign. News’ malign influence is fractal – it distorts debate at the local level just as surely as at the national level.  (Jason Wilson, ‘North Queensland is just at the sharp end of what’s happening across Australia’, Guardian, 21 May,)

In April, former Green Party leader Bob Brown organised a nationwide Stop Adani convoy. When activists and supporters arrived in North Queensland they met pro-Adani protestors and angry locals defending the rights of miners and the coal industry. As I followed this story, I noticed one particular anti-Adani placard – ‘Don’t be a Fossil Fool’. The inference here for many Queenslanders is that miners, their families and all others dependent on Adani’s project are selfish imbeciles more interested in their private earnings than the future of the planet. Or, to recall another election campaign, these people are, analogously, just a ‘basket of deplorables’ – a condescending attitude which gave Trump the White House and Scott Morrison a clear majority in Canberra. Comfortably-off Sydneysiders and Melburnians talking down to Queenslanders has never worked. And, there was a flaw in Bob Brown’s strategy – coal extraction is but one part of the CO2-emitting supply chain. Consumer durables and luxury items of all kinds constitute a capitalist carbon footprint. In a sense, Queensland miners are no more culpable than metropolitan latte-drinkers. Obviously, the ALP was in a near-impossible position, bleeding voters no matter what. Perhaps, then, they should have grasped the nettle by presenting a staunch anti-fossil fuel position combined with a generous and costed ‘just-transition’ package for mine workers and their localities. Details might include: a regionally targeted universal basic income and increased renewable energy investment with a special multi-billion dollar commitment to a vertically integrated solar energy industry.  A clear, fair-minded, green, ‘new deal’ strategy is preferable to a policy fudge which turns off voters in any case. For such a radical stance to succeed, a Whitlamesque leader would be required at the helm.

Sometimes, a pivotal election result illuminates wider issues and trends in society. And so it was in Australia. After May 18, I observe a U.S. style cultural war between liberals and conservatives each with their own version of Australian identity. Also apparent is greed and myopia from prominent billionaires and a new government which remains oblivious to Australia’s tarnished international reputation on climate change, refugees, asylum seekers and indigenous rights. Under these conditions, if the ALP fudges further towards the center, the Queensland nightmare will recur.