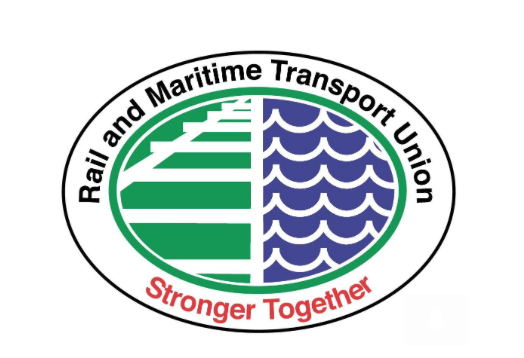 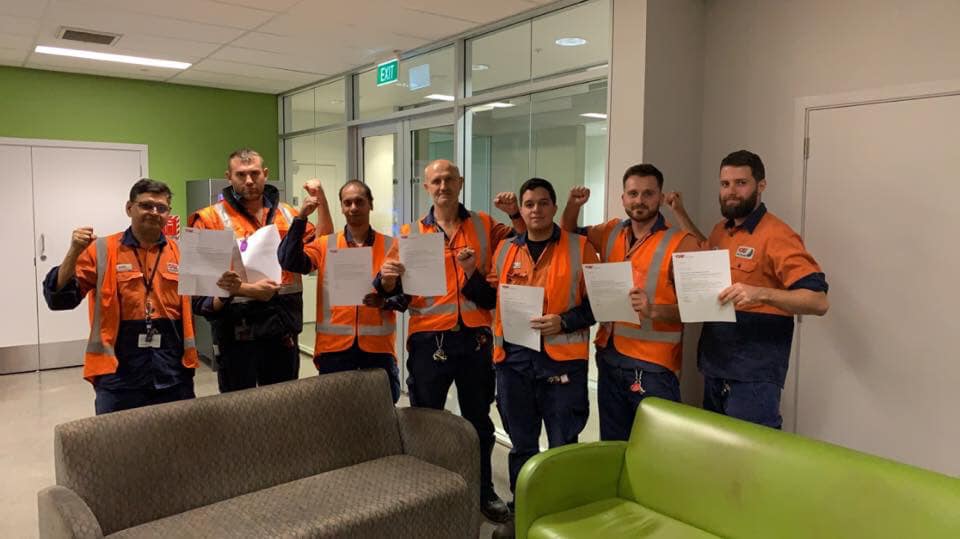 A wave of suspensions has hit Auckland’s railways, in a rapidly escalating dispute that risks causing massive disruption to commuters.

Spanish-owned CAF NZ sent last nights maintenance shift home (pictured above) with suspension notices after they refused to be intimidated into abandoning their pay rise demands.

As the day has progressed, subsequent shifts have been issued with suspension notices one after the other.

Suspended Rail & Maritime Transport Union members protested against the de facto lockout outside Britomart Station at 7am this morning, and will return at 7am tomorrow.

“Too many New Zealanders know what it’s like to be paid less than we deserve, and we will not support a multinational corporation trying to starve workers into submission.”

The suspended railway workers ask people to bring banners, placards and their loudest voices to Britomart Station tomorrow morning at 7am.

“With most of the staff who repair our passenger trains now suspended from work, we have a crisis situation in the Auckland Transport network,” says Mr Hughes.

“It is now impossible to guarantee Auckland Transport’s trains will be safe to operate, and if a resolution is not reached we will soon see fewer trains available and more delays. CAF should apologise to Aucklanders for the mess they have caused.” 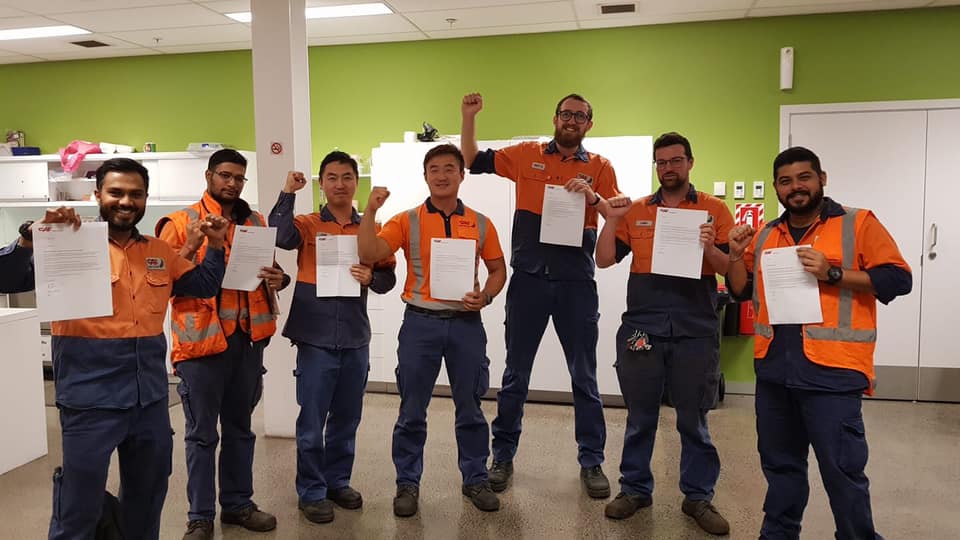