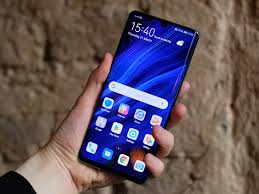 Tech Mahindra has shut down communication with Vodafone employees in order to force them to sign inferior and exploitative employment agreements by 5pm tonight and waive their right to redundancy with Vodafone.
Unite union represents nine Vodafone employees who are being pressured into signing agreements with Indian company Tech Mahindra, after their jobs were outsourced by Vodafone at the end of April. The employees had entered into negotiations with Tech Mahindra, but now communication has been shut down by the tech giant.
“On Tuesday Tech Mahindra agreed to look at our proposed changes to their employment agreements,” said Unite Union National Secretary Gerard Hehir.  “Particularly around areas we considered to be substantially inferior to Vodafone’s or where there were concerns that the conditions were unlawful and exploitative.
“We sent through the proposed changes on Wednesday and haven’t heard back, despite follow up emails. We believe Tech Mahindra may have deliberately stopped engaging so that employees will feel pressured into signing the contracts by 5pm tonight – the deadline that Tech Mahindra has imposed despite employment not beginning until 20th May.
“Obviously, this is a blatant and serious breach of good faith.
“While Tech Mahindra’s actions mean that employees could take legal action, the question is why they should be put in the position of an exhaustive legal battle in the first place?
“Vodafone needs to take responsibility. They chose to outsource their operations and could have simply made a condition of that arrangement that employees would receive the same terms and conditions. Instead, they are washing their hands of their employees and refusing to pay redundancy entitlements if the employees don’t accept the inferior offers with Tech Mahindra.
“We are calling on Vodafone and Tech Mahindra to show some corporate responsibility and act in good faith towards its employees,” said Gerard Hehir