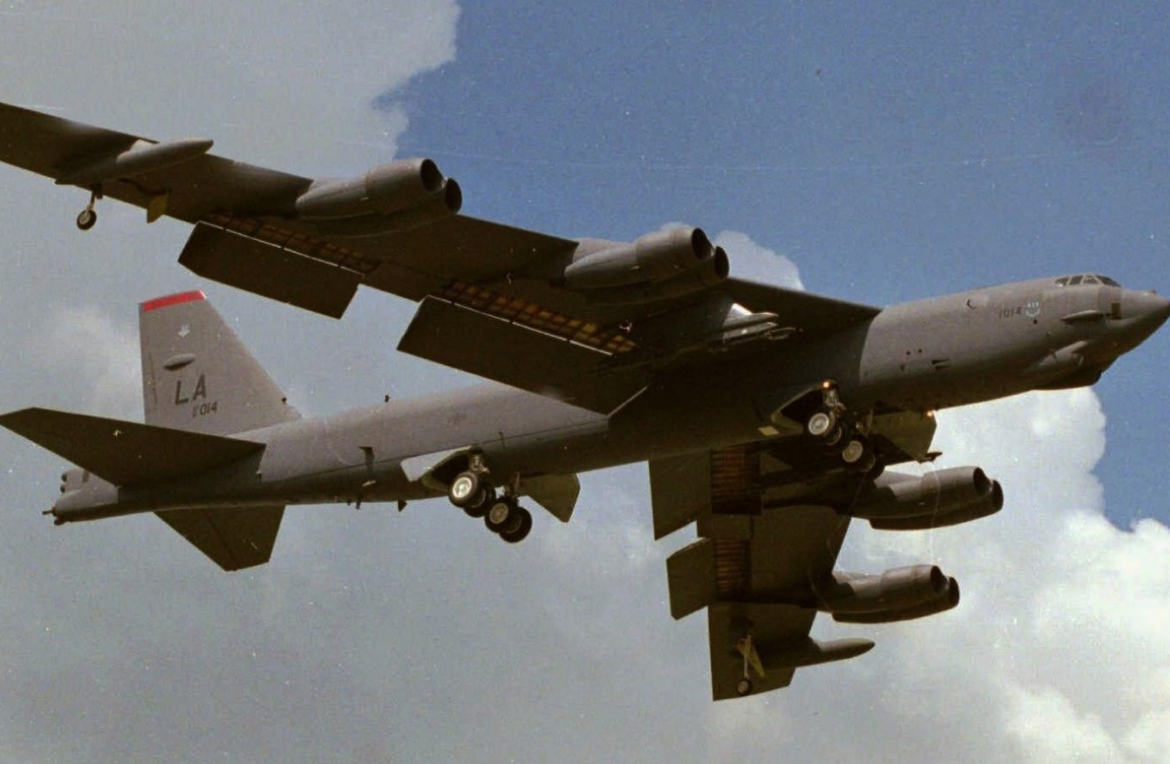 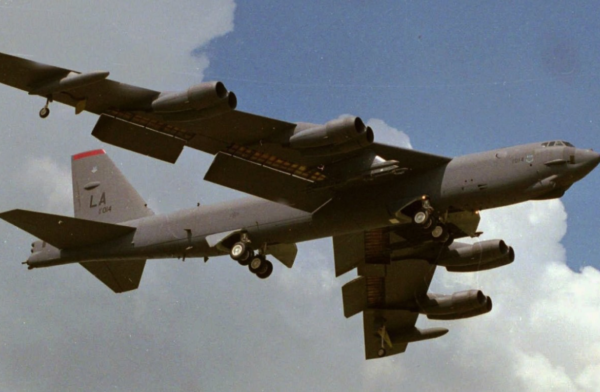 In late March the Anti-Bases Campaign (ABC) distributed our strong concerns about the (ultimately aborted) planned flyover of the Wings Over Wairarapa Airshow by a US Air Force B52 bomber (see below). We wrote to the Government about it.

We have now received a letter from Winston Peters, Minister of Foreign Affairs (attached). To say that Peters’ reply surprised us is putting it very mildly indeed. It raises more questions than answers. Here are a couple:

How many previous US aircraft visits were from nuclear capable aircraft?

“New Zealand makes its own determinations regarding military aircraft or vessel visits and does not require any state to make a declaration on nuclear armament”. This means that US military planes visiting NZ could carry nuclear weapons and New Zealand would not know. So, where is NZ’s nuclear free law in all of this? Peters’ letter makes a mockery of it, indeed it renders that law null and void.

BOMBER DIPLOMACY
Why Was USAF B-52 Given Permission To Do Wairarapa Air Show Flyover?

Anti-Bases Campaign (ABC) was alarmed to learn that the “star” of the February 2019 Wings Over Wairarapa air show was supposed to be a US Air Force B-52 Stratofortress bomber flying over Masterton (it became a no-show because it suffered operational problems in Australia, en route from its Guam base). ABC is Christchurch-based and we have had a US military transport base (Harewood) at our airport for more than 60 years. We are used to US military transport planes coming and going here, and for those planes to feature at open days at Christchurch Airport.

But a B-52 bomber is a whole different kettle of fish. Because it is synonymous with the systematic aerial destruction inflicted upon Vietnam, Cambodia and Laos during the Vietnam War, people may think that B-52s are historic relics, on a par with the various vintage warplanes that are flown at NZ air shows on a regular basis. But not so – although B-52s date back to 1955, they have been in continuous use by the US Air Force ever since, and remain so today (they have been most recently used to bomb Syria).

To quote Wikipedia: “The USAF continues to rely on the B-52 because it remains an effective and economical heavy bomber in the absence of sophisticated air defences, particularly in the type of missions that have been conducted since the end of the Cold War against nations with limited defensive capabilities. The B-52 has also continued in service because there has been no reliable replacement”.

NZ has been out of the ANZUS Treaty for nearly 35 years (the Australia, New Zealand, US military treaty that was the foundation of all New Zealand’s defence and foreign policy from its inception in 1951 until the US, under President Ronald Reagan, kicked us out in 1986. It remains in force today, but only between the US and Australia).

So, what was this Masterton flyover all about? It’s aimed at softening up the New Zealand people to support further extending the military alliance with the US, but this time on home soil, rather than overseas. This is called “soft power”. It took until 2016 for the first US Navy warship to visit NZ since the 1980s’ “ANZUS row”. It was invited to Auckland to take part in the multinational celebrations to mark the 75th anniversary of the NZ Navy. It never actually got to Auckland, instead being diverted to the South Island to assist in the evacuation of people left stranded by the November 2016 Kaikoura earthquake (this was propaganda gold for the US military).

That warship visit was under the Key National government, which is not that surprising. But this (abortive) B-52 flyover was authorised by the Ardern Labour Coalition government. The US knows that it can keep on chipping away at NZ public opinion, aided and abetted by a sympathetic Government. The steady drip, drip, drip of soft power is intended to lead to the full resumption of “hard power” i.e. NZ as a fully functional, albeit, junior, US satellite once again (that is already the reality but it is not the perception that is peddled to the NZ people).

“In a statement, US Ambassador Scott Brown said thousands of people made plans based on being able to see the B-52. ‘We know how disappointed they will be. We share that disappointment. We’re gutted’, Brown said. ‘We’ve been in touch with the organisers and I personally called Defence Minister Ron Mark to convey our apologies and regret…”.

“The Wings over Wairarapa air show has established itself as a world class event and we were honoured to be invited. The US Embassy looks forward to future opportunities to collaborate with this great show” (Stuff, 23/2/19, “B-52 Debut At Wings Over Wairarapa Cancelled Due To Operational Issue”, Amber-Leigh Woolf, https://www.stuff.co.nz/national/110815155/b52-debut-at-wings-over-wairarapa-cancelled-due-to-operational-issue). .

ABC sees this as a dangerous precedent, and not simply a day out for all the family to watch a big plane fly overhead. B-52s have no place in New Zealand (including our airspace). Nor do any other US warplanes. We have written to the Prime Minister, with a couple of key questions: Why did the Government give permission for this to happen? Did the US Embassy satisfy the Government that this particular bomber was compliant with NZ’s nuclear free law? We’ll keep you informed.