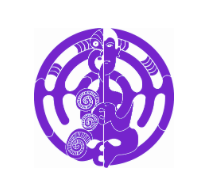 The Aotearoa New Zealand Association of Social Workers (ANZASW) is pleased to have read the recently published report produced by the Welfare Experts Advisory Group (WEAG).

“This report is comprehensive, making many compelling points and containing important recommendations, which are very much in line with the thinking of the Association,” Lucy Sandford-Reed, ANZASW Chief Executive said.

“It is long past time for welfare to be reformed; we tautoko the call for “fundamental change” in the system, as suggested by the report,” she added.

“Such reform would have to include the report’s proposals on changes to values and principles in the Ministry for Social Development, along with cultural changes, such as incorporating the values of Kia Piki Ake Te Mana Tangata, to be more cognisant of responsibilities under Te Tiriti o Waitangi, the need to improve outcomes for Maori and Pasifika, and ensuring that services and initiatives informed by Te Ao Māori and are funded and delivered to the community,” she noted.

“As the professional body for social work in Aotearoa New Zealand, we are well aware of the toll that an unfair system takes on those who use the services of social workers. We have been calling for many years for lasting change to the welfare system, so that those who interact with it can receive help that actually meets the level of need that they experience and which helps them to participate more fully in society,” she continued.

“Therefore, we hope that the report’s recommendations can be implemented in full,” Sandford-Reed concluded.

The Association particularly agrees with the aim of achieving Whakamana Tāngata in the welfare system, which the report defines as building “the mana of others and uplift[ing] them in a way that honours their dignity.”

To this end, we are supportive of the proposal that welfare recipients who work should earn more before their payments are reduced or stopped, and welcome recommendations to increase welfare entitlements so that income more closely matches the cost of living.

We also believe the proposed hiring of more Ministry of Social Development (MSD) staff to help beneficiaries transition to meaningful and sustainable employment to be a worthwhile recommendation, which we are pleased to see the government has adopted.

In addition to this, ANZASW welcomes the government’s announcement that it will repeal Section 192 of the Social Security Act 2018, as called for in the report, which unjustly penalised solo parents for not identifying their child’s other parent- around 24,000 children / tamariki will benefit from these changes.

We also appreciate the emphasis that report places on, among other matters, the paramountcy of child welfare; the need to minimise debt generation; the importance of making beneficiaries aware of, and able to access, their full entitlements; treating welfare claimants with dignity and respect.

The WEAG report’s recommendations on housing stand out as particularly important, especially since this issue is among the most impactful on those in receipt of some form of welfare, whether in work or not.

It is common knowledge that more affordable housing needs to be made available and the report’s call for investment in public housing “on an industrial scale” is one that we strongly support. In connection to this, we also firmly back the recommendation that community-based housing providers should have their capacity expanded and support the proposal to subsidise housing costs for people on low incomes.

The Association also agrees strongly with recommendations around providing increased support to persons with health conditions and /or disabilities and those that care for them.

The need for real change to the system

While the report is a valuable document that clearly addresses many of the serious shortcomings in the welfare system, we are concerned that only a fraction of its recommendations will be adopted.

Having spent a considerable sum of public money -around $2 million- on the report, we are disappointed that there is a lack of clarity from government on precisely what changes it will bring about – and when. At present, only three key recommendations (those noted above, not including proposed increases to payments) have received governmental assent ahead of the 2019 budget. The government has said it will deliver a “staged implementation” of the report, which could take place over many years. In such circumstances, it is doubtful whether the “fundamental change” that the authors so rightly call for will be realised.

We hope that the government can alter its position and respond to the issues identified by the report with the urgency they deserve- by implementing them in full, at the nearest opportunity.