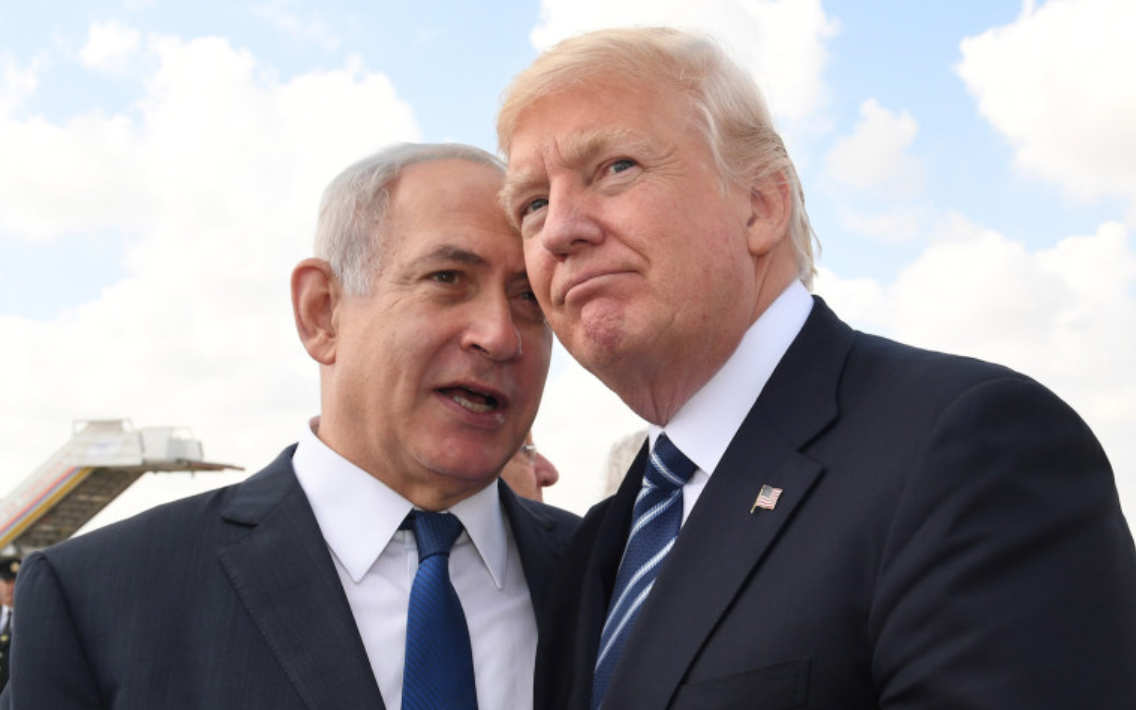 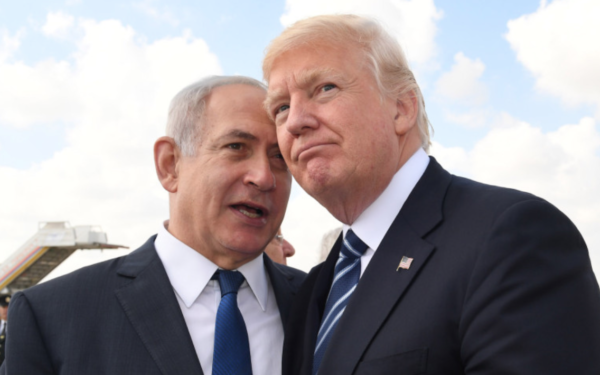 With US President Trump’s rejoicing, Israel has re-elected Netanyahu for a fifth term. An Israeli public relations firm took credit for placing hidden cameras at polling stations on election day, successfully reducing the voter turnout in non-Jewish communities. Netanyahu’s Likud Party admitted that it was behind the deployment of a reported 1,200 hidden cameras. In a previous election in 2015, the Israeli Prime Minister published a video, warning that ‘Arabs’ were “voting in droves” with the help of left-wing organisations.

For the Palestinian communities that are suffering under Israeli Occupation and military dictatorship, the one constant reality is that Zionism goes on ruling. The Occupying power carries on annexing Palestinian land, destroying homes, and even seizes tax revenues from the Palestinian Authority. Acts of racist violence, perpetrated by Israeli settlers illegally imposed among Palestinian communities in the West Bank, more than tripled last year, compared with the year before. The Trump Administration’s recognition last month of what it calls Israel’s ‘authority’ over the Syrian Golan Heights can only bring closer the looming, formal annexation of the West Bank by Israel, now most assuredly convinced of its enduring and unassailable impunity.

Emboldened by the growing support from extreme right-wing politicians around the world, the new Israeli Government will become even less diplomatic and more brazen in pursuit of Zionism’s ultimate goals. President Trump is planning to visit the UK in early June and activists will be holding a National Demonstration for Palestine on 11 May. The need to show international solidarity with the Palestinian people is now even more urgent. Also in the UK, in cahoots with the US, the government has seized and imprisoned Wikileaks founder and journalist, Julian Assange, who is now in grave danger of being extradited to the US. Genuine democracy depends upon openness and freedom of information. Growing militaristic alliances across the world require subservient, ill-informed societies in order to gain complete control. Wikileaks revelations of US prison camp torture at Guantánamo Bay, civilian casualties resulting from secret air strikes, and other covert war crimes committed by the US military in Iraq and Afghanistan, have exposed an ugly reality that the US and British Governments are desperate to hide from public view. The UK Labour Party leader Jeremy Corbyn has demanded that: “The extradition of Julian Assange to the US for exposing evidence of atrocities in Iraq and Afghanistan should be opposed by the British Government.”

Jeremy Corbyn is, of course, under constant threat and surveillance by the Zionist Israel Lobby. The Lobby is represented by the self-styled Jewish Labour Movement (JLM), which claims to campaign “within the party and the wider community to support labour values within the UK, Israel and Internationally.” The JLM is also affiliated to the Board of Deputies of British Jews and the Zionist Federation of the UK, as well as organising within the “World Zionist Organisation alongside our sister party in Israel, Havodah – the Israeli Labour Party.” In fact, JLM is ‘sister’ to an Israeli Labour Party that supports the deportation of 40,000 Eritrean ‘economic migrants’ from Israel, and even opposes dismantling Jewish settlements. According to the Jewish writer Tony Greenstein, founding member of the Palestine Solidarity Campaign and a member of Jews for Boycotting Israeli Goods, two-thirds of JLM membership is predominantly non-Jewish. Greenstein observes that “no Jew who is not a Zionist can possibly join a group which is affiliated to the settlement funding World Zionist Organisation.” As the majority of the Labour Party’s Jewish members are not Zionists, he asks “why is the JLM allowed to represent itself as the Labour Party’s Jewish section?” JLM conflates anti-Zionism with anti-Semitism and, on behalf of Israel, is dedicated to bringing down Jeremy Corbyn.

Greenstein draws attention to an article by Asa Winstanley that refers to a conspiracy, evidenced in Al Jazeera’s The Lobby, to use the movement to bring down Jeremy Corbyn. JLM turned to an Israeli Embassy political officer, Ella Rose, as Director. Foreign interference in domestic politics has many forms and, in the US, the most powerful is the Israel Lobby. Since the end of the Second World War, human rights and respect for international law have never been under greater threat. Trump’s pro-Zionist policies are a grim reminder of the irrational, supremacist psychology that pervades the corridors of power in many threatened, faltering democracies.

In Australia, the Labour Party candidate for the West Australian seat of Curtin, Melissa Parke, has been forced to withdraw from the upcoming election following a report on 12 April that she had told a public meeting last month that Israel’s treatment of Palestinians was “worse than the South African system of apartheid”. Previously a lawyer with the United Nations, Melissa Parke has 20 years of experience in international relations and law, including living and working in the Middle East. A person, one can assume, eminently qualified to speak out for human rights and for what are claimed to be Australia’s values. But no, the Australian Labour Party would prefer to ditch such a candidate rather than support her views and campaign for them. Parke’s pronouncement is incontrovertibly supported by the Fourth Geneva Convention and yet her views are unacceptable to the Labour hierarchy in Australia. Whence comes the power to counter anti-racist free speech so thoroughly? Ali Kazak, former Palestinian diplomat and founder of the Australian-Arab Affairs Council, tells us that the resignation was due to the powerful influence of three Zionist organisations: The Australia/Israel & Jewish Affairs Council (AIJAC), The Zionist Federation of Australia (ZFA) and The Executive Council of Australian Jewry.

The Australia/Israel & Jewish Affairs Council (AIJAC) “welcomes the opening of a new Australian Trade and Defence Office in Jerusalem” because it “has a focus on building Australia’s trade, investment, defence industry, education and innovation partnerships with lsraeli industry, including maximising opportunities for Australia’s high-tech and defence exports industries, according to the government.”

AIJAC’s extreme Zionism is well revealed in the following statement: “Building on the Australian Government’s welcome and principled recognition of the reality that Jerusalem is Israel’s capital and has been since 1949, this office should both give that recognition concrete form and help further develop the already extensive and mutually beneficial trade ties between Israel and Australia.”

Australia’s cosying-up with Israel and the demands of Zionism suits big business and militarism. The AIJAC Executive Director, Dr Colin Rubenstein, notes that “the Trade and Defence Office shows the government’s genuine commitment to their declared policy on Jerusalem and Israel and it will also provide significant concrete dividends to the Australian economy in the defence, high-tech and cyber security sectors . . .” In an irrational disregard for international law, Rubenstein went so far as to declare: “We also look forward to the Australian government eventually relocating our Embassy in Israel to Jerusalem, helping to end the discriminatory situation whereby, for the last 70 years, Israel has been the only country in the world not permitted to nominate its own capital on its own sovereign territory.”

The Zionist Federation of Australia (ZFA) website tells us that ZFA is “the federal roof body of all Zionist organisations and activity in Australia, responsible for developing, enriching and supporting a meaningful relationship between the Australian Jewish community and the State of Israel.” ZFA says it “believes in the centrality of Israel as a determining factor in the creation and maintenance of Jewish identity.” It also endorses The Jerusalem Programme, the official platform of the World Zionist Organisation and the Zionist movement. The Jerusalem Programme sees: “Settling the country as an expression of practical Zionism” and promotes “the centrality of the State of Israel and Jerusalem, its capital, in the life of the nation.”

The Executive Council of Australian Jewry website observes that “For the Jewish community, Australia has indeed been the lucky country bestowing upon us the blessings of freedom and respect for human life and dignity.” However, ECAJ is also bitterly opposed to the establishment of a Palestinian state and applauds the Israel Experience Fund/birthright Programme, established by the Zionist Federation of Australia with the support of the United Israel Appeal.

Here in New Zealand, the Zionist movements now operate under a single entity, the Zionist Federation of New Zealand. The Federation declares its mission is “to facilitate the growth of Zionist activity through extensive Hasbarah, access to educational programs in New Zealand and Israel, and non-negotiable solidarity with Israel.”

We have already had a taste of Zionist contempt and interference. In 2004, our then Prime Minister, Helen Clark, denounced a “breach of New Zealand laws and sovereignty by agents of the Israeli government” after the Zionist state’s Mossad (the second largest spy organisation in the West) secret agents dishonestly obtained a passport in the name of a tetraplegic man. The conspiracy involved an attempt by up to four Israeli agents to create a false identity for yet another suspected Israeli spy, Zev Barkan. The agency had employed a fraudulent birth certificate, as well as a fake voice mail message, and fabricated medical symptoms to get its way. In court, one of the accused agents was allowed to cover his face with a balaclava and another had substantially changed his appearance. In 1997 Mossad agents used fake Canadian passports in an attempt to assassinate a Palestinian leader, Sheikh Khaled Mashal. Canada reacted by ordering the Israeli ambassador out until Tel Aviv promised to cease its violations of national sovereignty.

Mossad’s behaviour reflects and serves Zionist ideology. In 1986, whistleblower, Mordechai Vanunu, went to Britain to reveal to the Sunday Times proof of the existence of Israel’s secret (as it was then) nuclear weapons facility at Dimona. While Vanunu was still in London, Mossad set a honey trap by using a woman to lure him to Italy from where, in violation of Italian law, they kidnapped, drugged and smuggled him out of the country to Israel.

The Israel Institute of New Zealand website carries an article by the President of the Zionist Federation of Australia, Jeremy Leibler, lambasting our country for abstaining, last December, from the UN General Assembly vote on a US-backed resolution condemning the Palestinian resistance movement, Hamas. With regard to what he called “New Zealand’s hypocrisy”, he wrote “New Zealand and its accomplices at the UN have yet again imposed a different standard of proof for terror when perpetrated against Israelis.” He then quoted an outdated ‘Covenant’, now repudiated by Hamas, in order to brand them as terrorists. The Zionist movement desperately needs to draw attention away from its UN-condemned blockade of Gaza and other inhumanities. To that end, it attempts to shift the blame for all the suffering onto the elected Hamas leadership.

What the Zionists don’t want publicised is the Hamas Charter, published almost two years ago on 1 May 2017. Here, as far as supporters of human rights and a universally-recognised peaceful resolution are concerned, are two most pertinent articles from the Charter:

17. Hamas rejects the persecution of any human being or the undermining of his or her rights on nationalist, religious or sectarian grounds. Hamas is of the view that the Jewish problem, anti-Semitism and the persecution of the Jews are phenomena fundamentally linked to European history and not to the history of the Arabs and the Muslims or to their heritage. The Zionist movement, which was able with the help of Western powers to occupy Palestine, is the most dangerous form of settlement occupation which has already disappeared from much of the world and must disappear from Palestine.

Understand the outrage felt by Jewish supporters of universal human rights, at Zionism’s claim to represent all Jews. Remember that all forms of apartheid are abhorrent. We must all stand up to pro-Zionist bullying and Netanyahu/Trump alliance supporters around the world. Never be afraid to speak out and act in support of human rights, justice and international law.