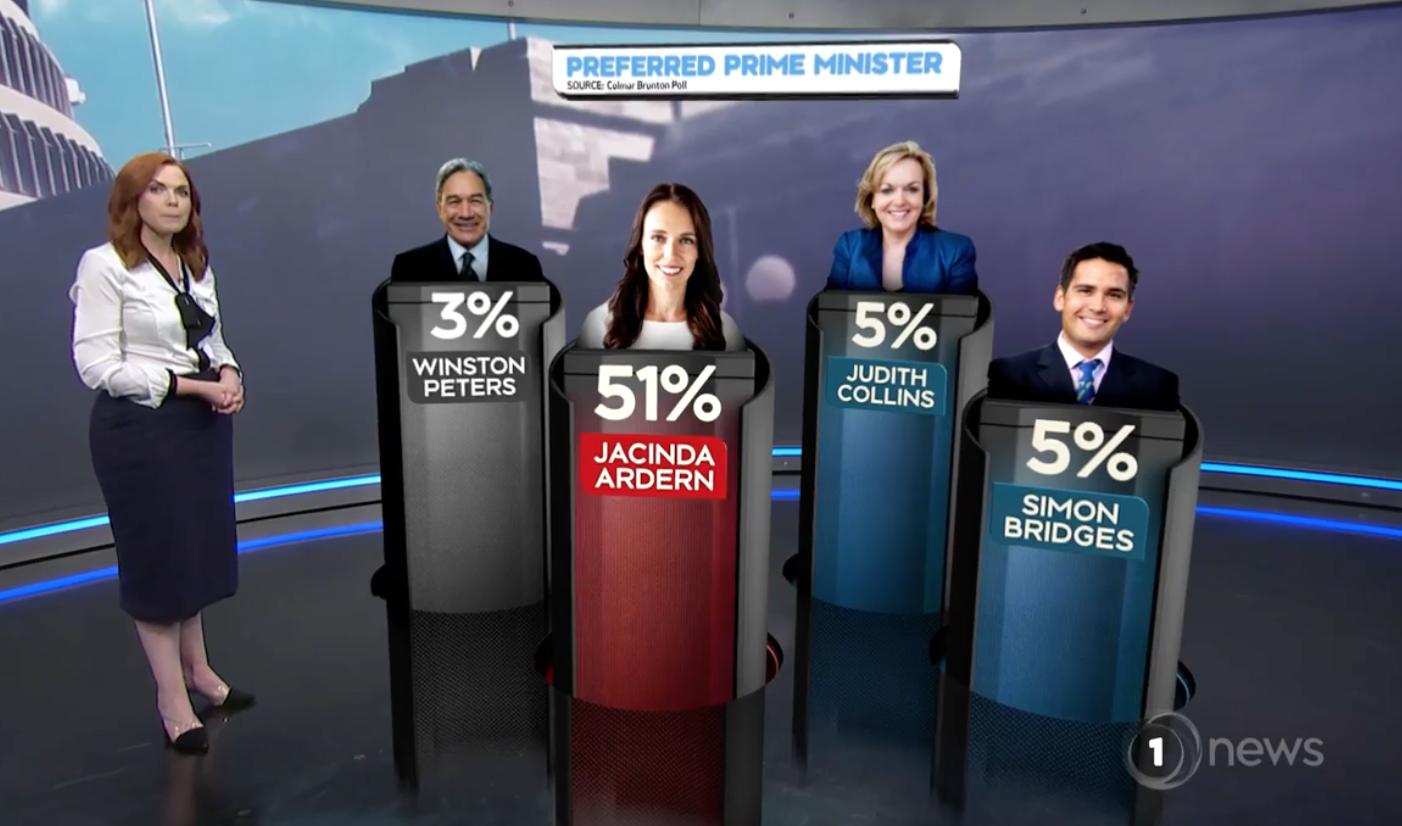 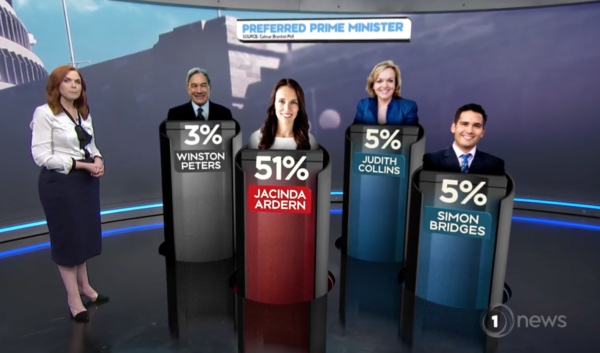 Ever since Mike Hosking raised his hands to calm down the stewing National Party wildebeests on 13th February 2019 and declared that there was no need to panic about one rogue poll, more rogue polls have confirmed the first one.

Now there are a total of four rogue polls all saying that the Coalition are soaring further and further out of reach of a 2020 National Party Victory while National continue to sink like the Titanic carrying all the world’s negativity.

This was supposed to be about the rise of Simon Bridges to glory, king of the seven provinces.

This was supposed to be about the crushing impacts of KiwiBuild, the CGT, the fist shaking fury of the broken relationship with China?

This was supposed to be about more rehashed policies – like smaller classrooms, or shifting the tax brackets to bribe the population, or coming down hard on cannibas reform using Paula Bennett as a battering ram?

Barry Soper, Mike Hosking, Audrey Young, Claire Trevett, Tracy Watkins and friends, have all done their very best to turn these polls around but that rascally Prime Minister has gotten away with being just far too good at authentic leadership.

No matter how much negative bile was spewed out of the stomach of NZME media opinion, it was all counterproductive and a losing strategy.

Special mention must be made of the sterling work of Duncan Garner – scowling in his lounge lizard jacket at the Prime Minister every week through blood red eyes…it’s really assisted her popularity.

In fact Coalition supporters should hand these partisan media awards for the services their ridiculously negative opinions have delivered to Coalition Support.

Nobody could credibly keep believing the stinking bullshit.

Especially when our PM became an international symbol for love and peace on the world’s tallest building and nearly all international media and power brokers want to stand next to her.

China even delighted in having her visit, just a bit of shine rubbed off on them as well.

Kate reckoned the PM was too good for us and would bugger off for a big flash job pronto.

Even the conspiracy extremists are astonished and think everyone must be gullible except themselves of course.

TVNZ did it’s best to distort the poll graphics, showing more blue seats in parliament than red – despite this being the complete opposite in reality.

It’s all about accuracy and the real story apparently.

Far be it from me to gloat when every wizened up Nat supporter remembers John Key used to be popular after a National Disaster too.

However Sir John ( as he is known ) never did get his mug on the world’s tallest building and was never referred to by a wide spectrum of political leaders as an example of strong, compassionate, leadership.

Finally, let’s not forget the bigots and the snotty army of Nat Trolls on Stuff ( controlled by Nat HQ ) who have shown us all – who we never wish to be.

Together all of these elements have convinced fair minded New Zealanders to support the Coalition by it’s greatest margin yet.

Our Prime Minister deserves the support, she has earned it.