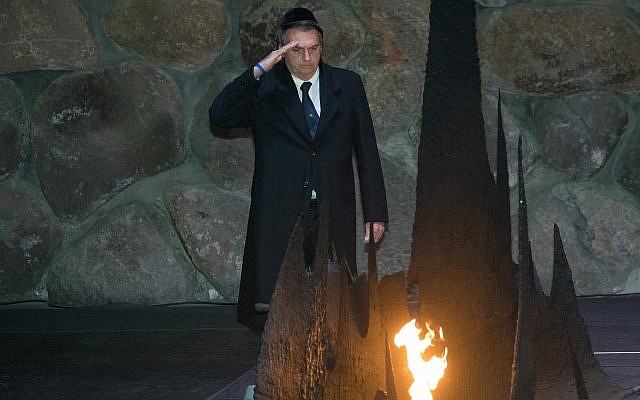 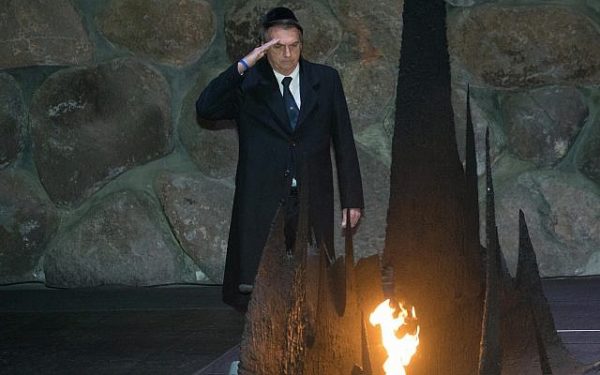 Several days ago, Brazilian President Jair Bolsonaro made headlines for his visit to a Holocaust memorial in Israel. Not so much for the visit itself, of course – it’s the sort of thing that is almost de rigueur for newly minted world leaders heading to that particular country on political pilgrimages.

But rather, for his ensuing statement upon exiting the remembrance center, about those archetypal villains of the narrative of the 20th Century, the Nazis. Namely, that they were of the “left”.

Now, for what it’s worth – I actually do not necessarily disagree with Bolsonaro saying that Naziism was born out of a ‘left wing’ movement.

There are some important caveats to that statement, including the fact that ‘left and right’ mean something different today to how the terms were used thirty years ago – and that the German political milieu and tradition in the 1920s and 30s is … not something that maps very easily onto Anglosphere ‘sports-team politics’ of the Neoliberal era (I mean – where do you put Bismarck, for instance? Rolled out some of the most left-wing economic policy of his age … but with a conservative agenda in mind).

And, of course, the fact that the Nazi Party’s ideology shifted rather dramatically between its insurgent first decade and its becoming and/or reaching a reasonably cosy accomodation with ‘The Establishment’ in its second.

But what occurred to me, upon seeing his statement, is that the state of Israel, which he is so emphatically keen upon .. is *also* the product of a ‘left wing’ movement. There are good reasons why David Ben-Gurion, a key founding figure of Israel along with its first Prime Minister, was of their Labour Party [funnily enough, he actually apparently had a quite positive friendship with Ho-Chi Minh], why ‘Mapai’ played such a role in the ‘setting up’ of what would become Israel in the two decades before its declaration of Independence, and why Zionism has always had a pretty strong representation on and from ‘the left’.

Now, I do not say any of this, at all, to try and talk *up* Naziism, or to talk down the vague concept of “Left” in (modern-ish) politics. Or with a specific goal in mind when it comes to the reader’s perceptions about Israel being good or bad.

I simply state it because it annoys me when politicians or would-be leaders simply make up things, distort the meanings of terms and the history to which they are affixed, in pursuit of increasingly petty gains for some escalatingly delusory world view.

If Bolsonaro wants to be virulently against anything that is allegedly “left wing” by patrimony … then I suppose that is his right.

If he wants to be vociferously against “Nazis” [whether real or imagined], then that is also within the bounds of his personal proclivity.

But to be against Nazis only insofar as you think of them as “left wing”, seems odious.

And to decide that you *stop* being against anything and everything “left wing” in origin, only when it comes to Israel … seems a decidedly un-angelic gavotte upon the head of a pin, indeed.

Then again, for men such as Bolsonaro, History is not some sort of sacrosanct set of scriptures which spell out actual truths – the story of how we really got here. Nor is it, as is the more commonly held view, a span of broadly agreed upon facts and their customary interpretation.

Rather, it is merely an exercise in creative (re-)writing, a convenient tool to be used and abused and discarded almost at will. And disparaged with a caustic venom whenever it should so happen to pose a threat to the immanentized manifestation of one’s preferred vision for the world, and egoic place within it.

Bolsonaro’s purpose in visiting Israel at this time was, assumedly, to endeavour to assist Netanyahu’s re-election prospects.

It would appear, then, that he was in ‘good’ company.