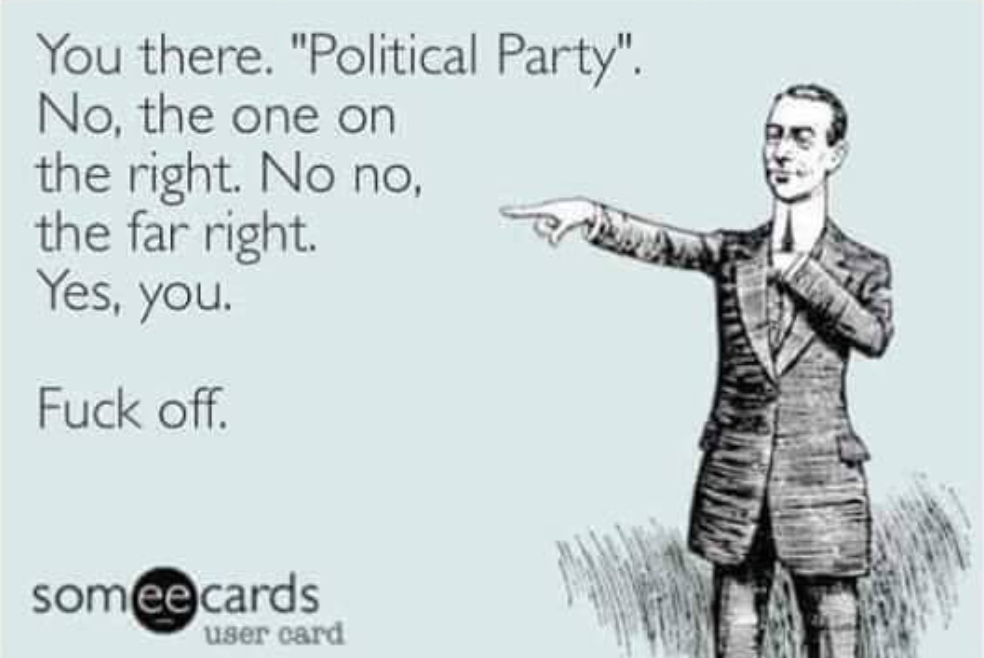 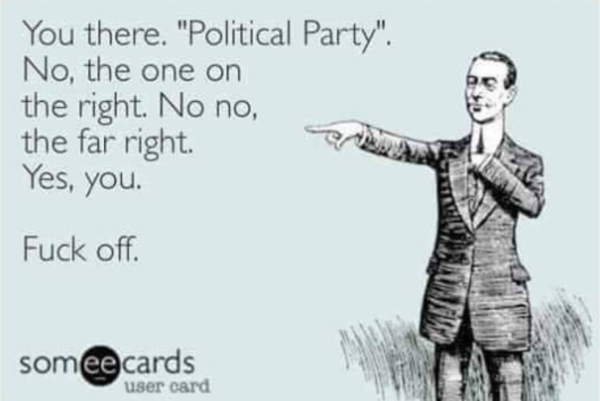 As part of it, the 1000 polled were also asked which party they supported.

Those figures showed Labour very nearly cracked the 50 per cent mark for support.

Once those who did not give a choice of party are taken out, Labour was on 49.6 per cent, National on 41.3 per cent and NZ First and the Green Party were languishing on 2.3 per cent and 3.9 per cent respectively.

…here’s how I see the impact on the Political landscape.

Labour: Jacinda’s remarkable leadership has impressed middle New Zealand, and they will respect her at the polls come what may. She made us feel good about ourselves at a time when we felt shame, she became the leadership we want to see. Her empathy and compassion and strength have made us a better people. Labour will be the largest political party at the 2020 election.

National: While National had no idea their co-opting of a far right UN conspiracy would lead to James Shaw being punched or align with a mass murdering white supremacist, they still smell bad from the association. The manner in which Judith Collins has come out with more empathy than her entire time in politics shows she has understood how rapidly the political tide has turned. I wouldn’t be surprised to see National start to drop heavily in the polls now, any hope they had of gerrymandering a win by being the biggest Political party while sinking Labour’s coalition parties beneath 5% and taking the Government majority is a pipe dream now. Those National voters in the middle will vote for Jacinda out of respect and those on the right will angrily demand a more culture war politics from a National Party that can’t give them that. Judith won’t move before the election now, she will allow Simon to take the loss and immediately challenge him after he fails at the ballot box.

Greens: Their current desire to connect micro aggressions to macro violence and blame Pakeha for this act of white supremacy violence will probably be huge on Twitter and micro aggression policing millennials  but be the final straw for the more centrist Green voter. Green Party apologists will argue the Greens are righteous and should be supported no matter what yet history suggests any political party that has gone backwards in the last 3 elections require far more self reflection than unquestioning subservience to a failing communications strategy. There’s still a good chance they will slip under 5% as voters turn away from their divisive blame game stuff and are drawn to Labour’s inclusive message. Pure temple politics vs broadchurch politics at a time of national grieving is always going to see pure temple ostracised.

NZ First: NZ First will not be able to blow any of their dog whistles any longer and will be reliant on Shane Jones winning Northland to remain in Parliament. They are also at an inflexion point philosophically, what does NZ First stand for? If NZ First can re-identify their stance against neoliberalism and reinvent it into being politically relevant again they could be a new force unleashed. Labour & the Greens are effectively free market parties, NZ First’s regional growth fund is effectively direct Keynesianism. Stop hating on the migrants and start hating on the economic hegemonic structure that has robbed NZ of its egalitarianism. NZ First need to parachute in a couple of super star candidates. There are two who could be enormous boons for the Party and speak of a new direction as Winston moves into Statesman status

ACT: If Seymour plays the culture war card far harder than National, he has a real chance of pulling in an extra 2 or 3 MPs. There is a small but vocal electorate who are outraged by the Crusaders considering a name change and who think the woke have run amok, Seymour could bait that electorate and get 2,5% just from that.  Because he was on Dancing with the Stars, he can frame his snowflake assertions as under grad ‘just asking questions’ styled smart arse-ism.

New Conservatives: Their proximity to the UN conspiracy makes them too radioactive and they will need to roll back lots of their messaging which is what makes them attractive to rednecks in the first place. Sub 5% but will pick up angry disaffected voters.

Blue Green: While this political vehicle was supposed to just be a spoiler for the Greens, those National voters liberal enough to vote environmentally will be equally appalled at the UN conspiracy stuff. The Blue Greens will quickly turn into a protest vote for those voters. It won’t give them 5%, but it will hurt National and the wider right wing vote.

TOP: Will benefit from the same above dynamic.

CONCLUSION: With so many sub 5% parties wasting the right wing vote, Labour as the largest Party will benefit from the way MMP recycles wasted votes and could possibly govern alone or with just one other Party.

The only spanner in the works will be the impact of a global economic down turn.