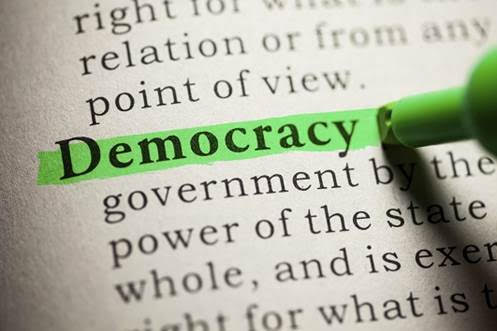 THE APPALLING CONDUCT of the Waikato DHB raises broader questions about the robustness of New Zealand’s liberal democracy. Most particularly, it challenges the whole notion that the administrators of New Zealand society remain accountable to the people they administrate. The DHB’s treatment of Dave Macpherson, Jane Stevens and their family; its consistent refusal to accept its responsibility for the avoidable death of their son and brother, Nicky, poses a further question. Do our political leaders still cleave to the Jeffersonian principle that government derives its just powers “from the consent of the governed”? Or do those who now inhabit the upper echelons of the New Zealand state consider themselves beyond the reach of democratic sanction?

Because it’s not only Dave Macpherson and his family who have been on the receiving end of a state apparatus that seems completely unconstrained. Consider the treatment of investigative journalist, Nicky Hager, and the editor of The Daily Blog itself, Martyn Bradbury, at the hands of the New Zealand Police. Recall the efforts of the New Zealand Defence Force to destroy the reputation of New Zealand’s leading war correspondent, Jon Stephenson. The extreme lengths to which the NZDF was prepared to go to undermine Stephenson’s credibility; and the hundreds-of-thousands of taxpayers’ dollars expended in the process; beggars belief.

The situation would appear nowhere near so grim if there was the slightest sign that the election of a progressive coalition government had led to the rapid correction of these abuses. To date, however, there is no sign that anyone in the new regime is seized with an urgent desire to put things right. Has the new Minister of Health instituted a full inquiry into the extraordinary decision-making of the Waikato DHB? Has he been there for Dave and Jane? Is there the slightest evidence that David Clark is committed to making his health administrators accountable to the people they are being paid to serve? Not so far.

It’s the same story with the supposedly independent inquiry into the NZDF’s “Operation Burnham”. What was supposed to be an open and transparent inquiry into allegations of officially undisclosed civilian casualties, has become an exercise in keeping the public at bay. The excuse of “national security” has been accepted by former prime minister, Sir Geoffrey Palmer, and former Solicitor-General, Sir Terrance Arnold, to the point where the possibility of the NZDF being held to public account – let alone charged with breaches of military and civilian law – has diminished to near zero.

The legal and political assumptions on display at the Operation Burnham inquiry bear closer scrutiny. Palmer’s and Arnold’s acceptance of the proposition that national security concerns over-ride the right of New Zealand citizens, in whose name the NZDF supposedly acts, to judge for themselves both the objectives, execution and consequences of military operations, implies the existence of secret set of state protocols from which even the most basic democratic principles have been rigorously excluded. The disturbing inference to be drawn from the rulings of Palmer and Arnold is that National Security and Democracy have very few – if any – areas of overlap.

As above, so below. If those on the lower rungs of the state apparatus are confident that the principles of democracy and accountability are regarded by their masters as convenient fictions, then they are hardly likely to pay them much mind themselves. If the preservation of the secrets of the state’s most daunting institutions is accorded an over-riding priority, then hiding their own failures from close public scrutiny is unlikely to strike them as objectionable. And, if they see the Police and the NZDF engaged in the ruthless pursuit of troublemakers, then why shouldn’t they screw over the likes of Dave Macpherson and Jane Stevens?

The repudiation of democratic accountability at the highest levels of the New Zealand state cannot help but contribute to the dangerous derangement of the moral compasses of its civil servants. Pressures from actors outside the state apparatus: business leaders; public relations firms, lobbyists, bloggers and press gallery journalists; are less and less likely to be resisted. Indeed, it is probable that the distinctions between public and private interests will blur and fade to the point where the only factor worthy of consideration is whether or not the persons or groups seeking the services of the state apparatus are powerful, or powerless.

Dave Macpherson’s treatment by the Waikato DHB is instructive in this regard. Determined to get justice for his son, and for the children of so many other New Zealanders let down by this country’s woeful mental health system, Dave stood for – and won – a seat on the Waikato DHB. Democracy in action, you might think. Unfortunately not. Dave is explicitly excluded from all discussions relating to the death of his son, on the grounds that he has a clear conflict of interest. Not perceived to have any kind of conflict of interest are the persons who are currently pursuing every legal means of overturning the Coroner’s verdict on the death of Nicky Stevens.

So inured has the DHB Board become to its unelected staff calling the shots, that they see nothing unusual or wrong about this state of affairs. Neither does the Minister of Health. Nor the Labour-NZ First-Green Coalition. What’s more, until the governed get up on their hind legs and remind their government that every power it wields, it wields only because they will it; and that they and their servants are accountable to the people – and only to the people; then the slow but steady diminution of citizens’ democratic rights will continue until they become, in reality, the convenient fictions which politicians and administrators have, for the past thirty years, been working so assiduously to make them.