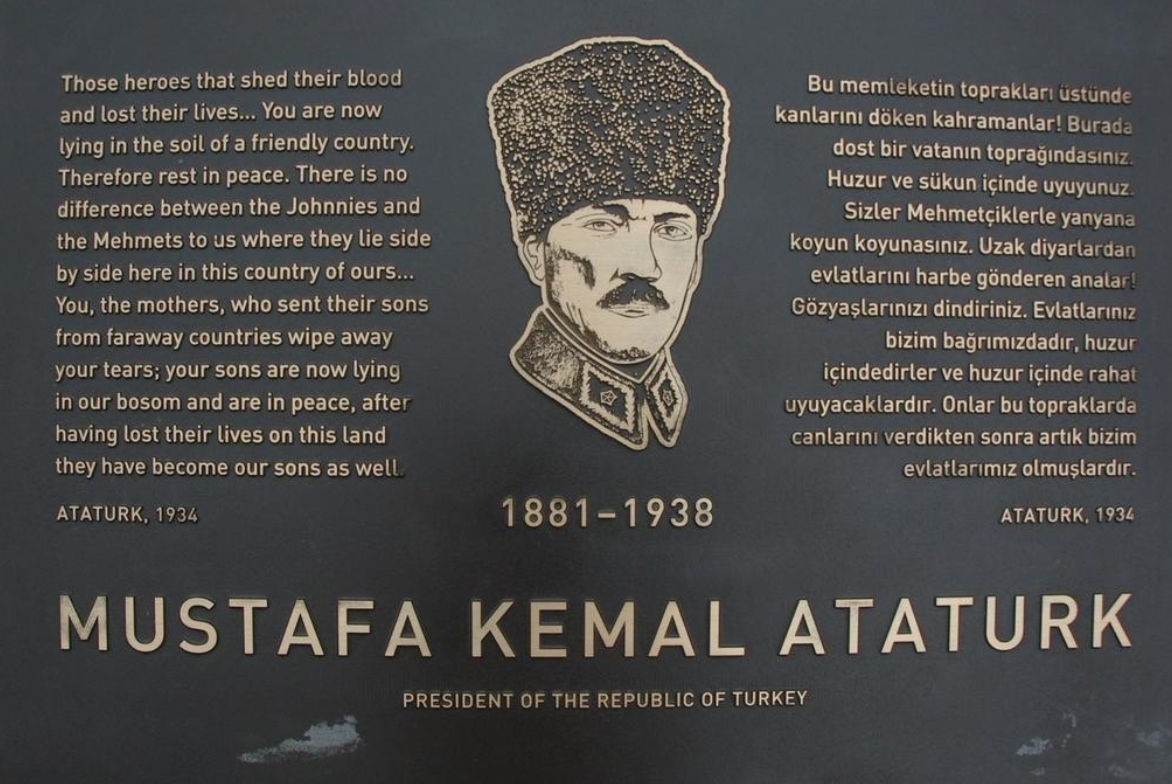 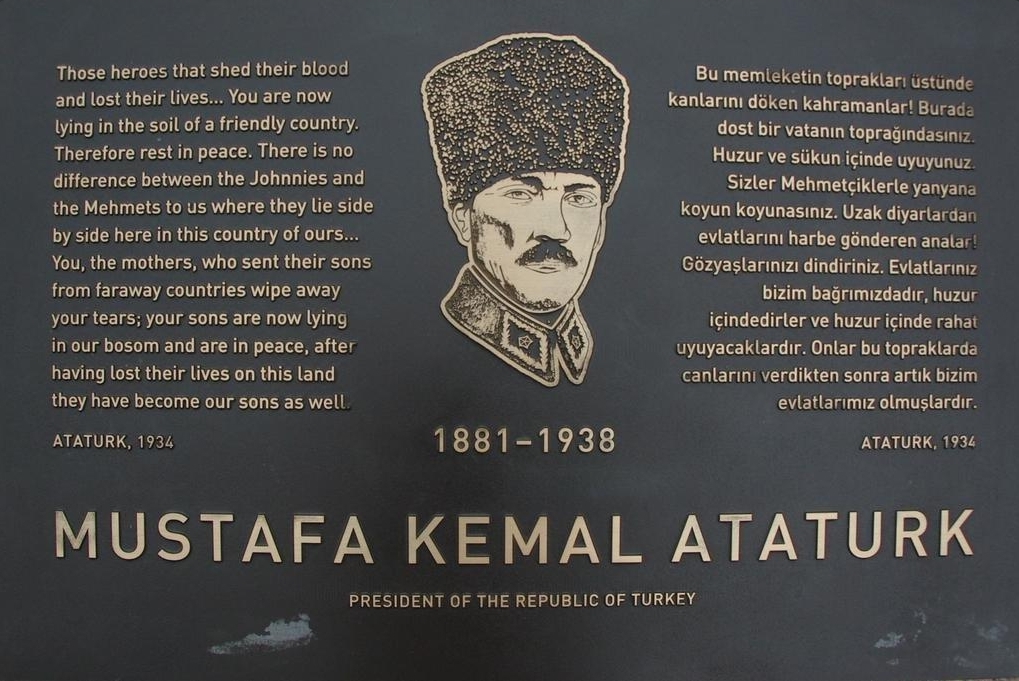 When President Atatürk uttered those words* in the plaque at the top of this page, it was an act of humanity, love, and generosity that few other leaders of a nation have demonstrated. Mahatma Ghandi and Nelson Mandela spring to mind, but the list is depressingly short.

Consider the compassion of the man. British Imperial forces made up of Australian and New Zealand soldiers landed on Turkish soil in April 1915 in a doomed eight month invasion that cost  250,000 Allied casualties, including 44,000 dead.

When we in Australia and New Zealand cry, Lest We Forget our  fallen soldiers, we should also never forget President Atatürk’s comforting words.

And not just words either. Turkey has walked-the-walk. Every year, thousands of Australians and New Zealanders make a pilgrimage to the shores of Gallipoli.

The Turkish government and people not only tolerate this annual “re-invasion” of thousands of foreigners on their soil, commemorating an invasion that took the lives of thousands of young Turkish men, but assist with infra-structure from everything from road signage in English to facilities for the thousands who attend; 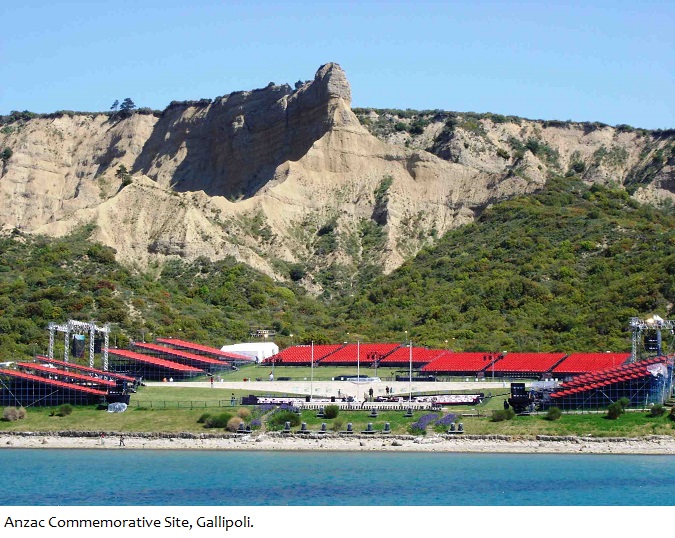 With this Turkish generosity, the Dawn Service proceeds every year;

You have to ask yourself one simple question: would we be so benign?

Would we be so welcoming to thousands of foreign young people; government officials; and representatives of their military , to commemorate the dead soldiers of an alien invasion force that had landed on our shores, killing many thousands of our own troops?

In case anyone thinks the answer is a simple ‘yes’ – it is by no means “simple” at all.

Afghanistan war veteran, Simon Strombom, from the Titahi Bay branch of the Returned and Services Association (RSA), had planned to invite Newlands Mosque imam, Mohamed Zewada, to say a brief prayer at its dawn service on Titahi Bay Beach. The prayer would have lasted about sixty seconds, in rememberance of the fifty murdered people, and others injured, at the Christchurch mosques on 15 March.

The response was an apalling torrent of resentment, abuse, and threats that went from the intolerant;

“Anzac Day came about to recognise all those who went overseas and served their country and returned, and those who never returned. That is the significance and the only justification for Anzac Day, and I feel it should stay that way.” – Dave Brown,  (former manager) Porirua RSA

“The Titahi Bay Club, well, you’re completely disrespecting New Zealand culture on a day that is uniquely shared between us and Australia.” – Brendon Walton, New Plymouth

“Dawn service is to honour the Anzacs. Anything else can be done at civic services.” – Peter Downie, (Malaya war veteran) Cambridge

“We shouldn’t mix the two events. We have traditionally been a Christian country in terms of our services and that type of thing. Obviously we are a multicultural country now so it’s up to individual RSAs, but they are two separate events.” – Graham Gibson, Auckland RSA president

“I was, to be quite honest, I was pretty disgusted. These people – and again, I’m trying not to be nasty about it because that’s not my intent – but New Zealand has been very, very welcoming for all people’s, all races, all beliefs and all religions which is absolutely fantastic, but we can’t step away from our tradition. A terrible tragedy has just happened and I feel for the people that died but Anzac Day is not that day for them – it is a day for our guys.” – Lee Sutton (former RNZAF)

“I mean we’ve just had a global recognition of that last Friday so I don’t think there is a need to do it again on Anzac Day.” – Bob Davies (former New Zealand Army)

“It’s going to be a huge police presence, security is going to be a major issue, so from our perspective, while we respect exactly what happened and the feeling of the community, this is Anzac Day, and it’s a different purpose.” – Pete Dawson, Christchurch RSA president

The threats became so severe that Stromberg consulted with Police and eventually decided against inviting the imam to give his one minute prayer.

Sometimes the threat of a terror attack is sufficient to achieve desired outcomes by the intolerant and fanatical. (Meanwhile, free speech advocates were nowhere to be heard or seen during this assault on our much-vaunted multicultural values.)

Whilst a rabid, vociferous minority (hopefully, a minority?) spewed their toxic racism, other social media commenters understood the inconsistancy of our people attending ANZAC services en masse in Turkey, a muslim country;

Porirua Mayor Mike Tana also pointed out the rank hypocrisy of opponants to the imam’s one minute prayer;

“We go to Turkey and say our prayers, perform our haka and sing our song and we are welcomed by people in a predominantly Muslim country.

The most significant thing I can think of was Atatürk allowing people into Anzac Cove to remember our people. If there’s an example of kindness, it’s that.“

I do not believe for a moment that the hostility and threats expressed against the proposed prayer by an imam would have corrupted our precious ANZAC ceremony.  No more than the thousands who visit Gallipoli in any way create harm to the people and threaten the social thread of Turkey.

One hundred and four years later we are friends with that nation and they welcome us to their shores to commemorate our fallen ancestors. Turkey offers us the charity that we profess to value as a so-called Christian nation.

I witnessed very little Christian charity from the bigots who attacked Stromberg’s invitation to the local imam. In fact, it was the same intolerance and hate that they accuse Islamist extremists of.

Those bigots, I believe, are a noisy, unpleasant minority. Like fat blowflies.

Most New Zealanders would not fear the End of the World had the imam uttered his one minute of prayer. Civilisation would not collapse. The sun would still rise tomorrow. And we would have been a better nation; a more tolerant one.

We are better than those bigots. In fact, we’ve seen it with our own eyes.

In the years and decades to come, our Day of Infamy on 15 March 2019 will be remembered. Just as we now remember the attack on Parihaka. It will be a defining point in our history: we were tested, and I believe – despite all the scabs and warts – we emerged knowing ourselves a bit better. We are tolerant, in the main, and we do show compassion.

Despite everything, the Kiwi Way of giving others a Fair Go survives.

We should be damned proud of that.

And just as important, we have shown the world what the road to tolerance, compassion, and love looks like. Muslim and non-muslim alike, we locked arms – literally – in unity. We grieved together as a nation. We have a Prime Minister who caught the world’s attention. An act of barbaric violence was met with love and forgiveness.

After the darkness of 15 March, the willingness of people to forego hate and vengeance shone through. It seemed a collective, spiritual response reminiscent of  the Christmas Miracle of 1914.

Not bad for a little nation at the bottom of the world.

[* Postscript: There is some debate whether or not Atatürk ever said those words. Like characters in the Bible, and other famous figures in the past, there will always be contentious views who-said-what throughout history. My story focuses on the sentiment expressed through those words, regardless who uttered them. – Frank Macskasy]

The Guardian: The Christmas miracle

Radio NZ: Christchurch mosque attack survivor Farid Ahmed – ‘I have chosen love and I have forgiven’

Bowalley Road:  Shadows Of The Past.

The Standard: This Is Who We Really Are

The Christchurch Attack: is the stage set for a continuing domino of death?

War – the line between rememberance and glorification 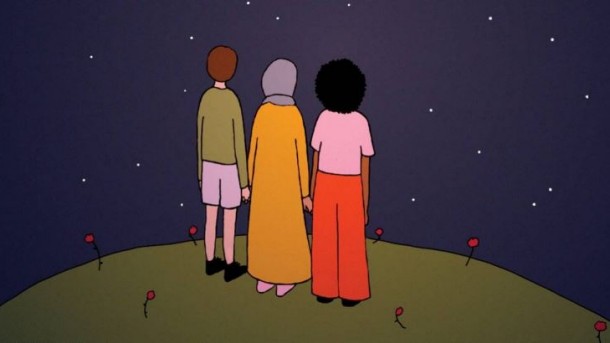