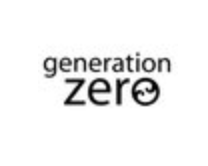 Generation Zero are today launching a new report which criticises NZTA’s public transport fares policy and calls for a new system to encourage all Aucklanders to take public transport.

The report is a response to recent fare hikes by Auckland Transport, which were the result of NZTA’s Farebox Recovery Policy. The rates rises will discourage significant numbers of people from taking public transport according to Auckland Transports own research.

The report recommends amending the Farebox Recovery Policy and implementing a range of policy changes based on successful programs overseas designed to increase patronage.
The main recommendations are :
-Free Weekends

Leroy Beckett, Generation Zero’s Auckland Director says “Our Freeze the Fares report shows what is possible for public transport in Auckland. We can have a fairer, more simple and innovative pricing system that prioritises getting people out of their cars and on to public transport.

Free Weekends for everyone would encourage Aucklanders to explore the city with their friends and whānau, discourage drink driving on Friday and Saturday nights, and allow people to get a taste for buses and trains as viable transport options.

Daily Fare Caps would make public transport more affordable and the pricing far simpler for everyone.

Youth Discounts mean fewer young people being driven to school at peak hours, more freedom for people who can’t drive even if they wanted to, and a more affordable city for students to learn in.

It would all be possible if we prioritised getting people onto public transport and creating a fair transport system.“

Most of the 22 page reports recommendations target off peak transport, which would not require a significant increase in services and encourage much greater overall patronage.

But the higher fares discourage many people from using public transport service, with AT predicting February’s fare increases to slow customer growth by 600,000 trips over the next year.

NZTA have said they are reviewing the policy, and in a briefing paper to the minister described it as having potentially “perverse impacts”.

The report looks at policies in pricing schemes in cities around the world, including New York, Vancouver, Toronto, Sydney, Queensland, Madrid, Stockholm, and even Queenstown.

The full report is attached and available at https://freezethefares-generationzero.nationbuilder.com

Generations Zero will be having a launch event for the report Wednesday Night at Studio One at 1 Ponsonby Rd. Full details are here. All are welcome.