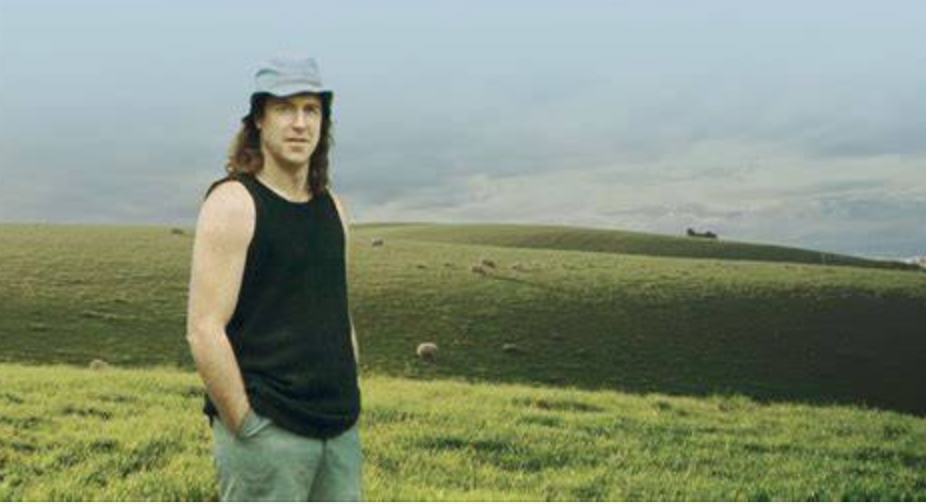 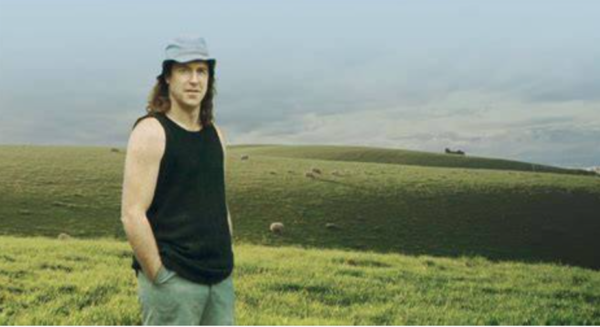 A lot of jokes don’t make sense until you get to the end.
Take the one about the rich Texan who is in New Zealand for a holiday. One day he stops his car at the top of a Waikato hill to take a photo when he meets an old farmer leaning on a gate, and he says,

“Is this your land?”

“Yeah” says the farmer “ it is. It goes all the way from top of this hill there down to the river. That’s all mine.”

The Texan laughs and he says,
“If I get up in the morning I can drive all day before I get to the other end of my land.”

And the farmer says,

Some years ago I had the privilege of interviewing the late John Clarke for a documentary about the New Zealand sense of humour . (That’s him in today’s photo dressed as his character Fred Dagg)

You can find my doco on New Zealand Public Television (NZPTV)
Here’s the link :

Anyway, John was a comic genius and he told me he thought one of the unique things about the Kiwi sense of humour is that a lot of our jokes didn’t have punch lines. That it was the telling of the yarn – the journey- that we enjoyed, rather than the punchline

A lot of Billy Connolly’s humour is like that . He takes you on a story telling journey peppered with lots magic moments.

I can’t tell you if life has a punchline because I haven’t got to the end of it yet.

What I can tell you is …it’s the journey that matters.

There’s a lot of things that happen to us on our life’s journey we are powerless to prevent, but there are many things we CAN control – such as whether we are greedy or we choose to share.

Greedy people are focused on themselves. They collect stuff.

Folks who share find their meaning for life in what they can do for others. They collect friends who reward them with magic moments of joy.

Currently the way we run our country favours the greedy

I’m for sharing the nation’s wealth more equitably because I want more New Zealanders to have a happier journey through life.

To give you just one example ..

I want free education up to and including university and polytech.

I think that would make the life journey better for the majority of our children.

Because I grew up in a New Zealand that gave me that chance . I left University with no debt and that, in itself ,gave me a huge boost to my life’s journey .

I want today’s young people to get what I was given.

In general I think dumping the politics of selfishness would make us a happier nation.

How do I know?

(PS. I guess that’s my punchline)