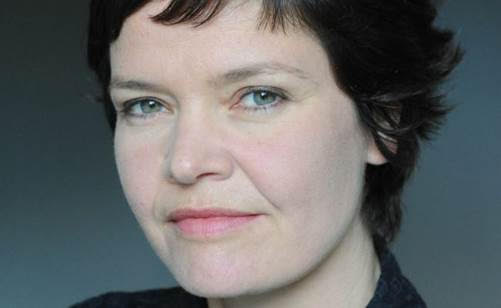 KATE RAWORTH calls herself a “renegade economist”, by which she means, I can only conclude, an economist who makes sense. If you’re keen to discover exactly how much sense, then read her book, Doughnut Economics: Seven Ways to Think Like a 21st Century Economist, or – better still – purchase a ticket to hear her speak at the Auckland Readers & Writers Festival on 13 May.

Listening to Raworth being interviewed by Kathryn Ryan on this morning’s (14/3/19) edition of Nine To Noon was a rare treat. RNZ has become such a timorous wee beastie these days; utterly determined to remain as inoffensive as possible to as many of its listeners as possible. So much so, that interviews with renegades of any sort are depressingly infrequent.

It would be encouraging to discover that Raworth was invited on Nine To Noon because Ryan is genuinely interested in discovering what might supplant the increasingly threadbare neoliberal economic paradigm which has, for more than three decades, relentlessly transformed New Zealand society.

Equally encouraging would be a “progressive” government peopled with Raworth devotees. A government chock-full of Labour, Green and NZ First politicians who all “get” the Oxford professor’s new economic thinking. Imagine party conferences and caucuses alive with debate about the best way of moving New Zealand out of its neoliberal capitalist present, and into a radically democratic eco-socialist future.

Why don’t we have such a government?

The answer is, in large measure, supplied by Raworth herself. She described to Ryan the peculiar narrowness of the economics discipline. As an economics student, not only was she never told the ultimate purpose of economics, but also, she and her fellow students were never encouraged to ask.

Except, of course, the “science” of economics isn’t a science at all. Political economy: the name people living in the nineteenth century gave to the many and often conflicting explanations of how the new phenomenon of industrial capitalism worked before these (minus those who prophesied its destruction) were codified and re-christened “economics”; was a much more honest intellectual exercise. Political economists at least recognised that how production, distribution and consumption are organised in any given society is both a reflection and an expression of who has the power – and who does not.

Raworth argues that the true purpose of economics under capitalism is to persuade people that who gets what is not decided by powerful individuals and groups but by the “law” of supply and demand. That the distribution of wealth and power is not guided by the all-too-obvious hands of the wealthy and the powerful (in which there is usually some sort of weapon) but by the “invisible hand” of the market. An agency as innocent of malign – or even conscious – intent as the weather.

Listening to Raworth respond to Ryan’s questioning, I was drawn to the conclusion that people either see through this attempt to hoodwink them into thinking that deciding who gets what is best left to the rational, utility-maximising and self-interested decision-making of homo economicus – or they don’t.

That conclusion led me, inexorably, to another: that all of the people who really matter in the present government are to be found among the hoodwinked. They just don’t “get” that the way an economy is run is the product of conscious political choice.

It is just about possible to forgive the members of NZ First for this failure. They are, after all, conservatives and therefore biased in favour of “organic” explanations of social relationships. There is, however, no excuse for Labour’s and the Greens’ failure to understand that they could change this country’s economic settings in a heartbeat – if they wanted to.

Labour, in particular, should grasp this. After all, it was the Fourth Labour Government which consciously, ruthlessly and radically changed New Zealand’s economic settings in 1984. They had help, of course: Treasury, the Reserve Bank, the Business Roundtable, most of the news media; all had a hand in the neoliberal transformation of New Zealand – and none of those hands were invisible.

It is a tragedy that in the eighteen months this government has been in office there’s been so little evidence of the renegade economics made popular by writers like Raworth. The Finance Minister, Grant Robertson, schooled by his mentor – the former Finance Minister, Sir Michael Cullen – is a ploddingly orthodox economic manager. The economic settings he has chosen to steer by, being virtually identical to those the previous National Government chose to steer by, will inevitably deliver New Zealand to a very similar destination.

Listening to her expound her renegade economics on Nine To Noon, I could only wonder what life in this country would be like if Kate Raworth was New Zealand’s finance minister. Compassionate, equitable, sustainable and, above all, radical.

As every progressive government should be.