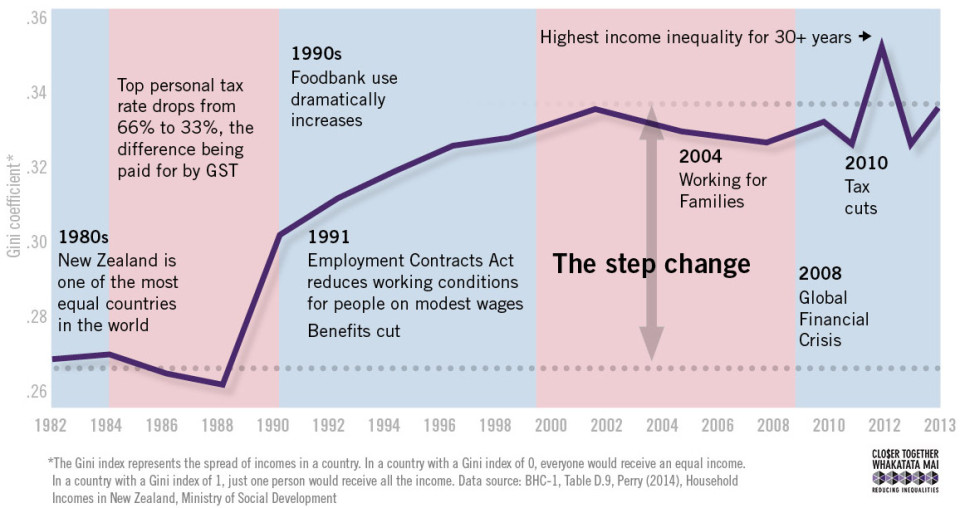 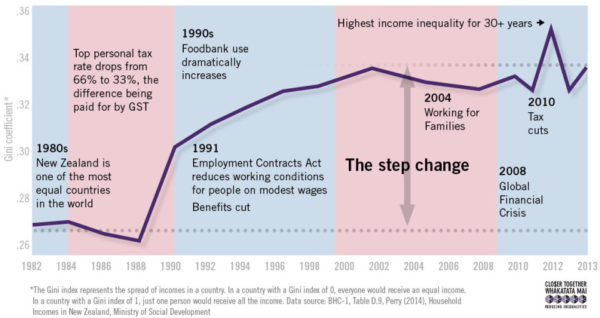 Recent announcements from the Tax Working Group regarding a Capitak Gains Tax and increase in income for the lowest paid is a good start but have not hit hard enough on the highest earners, says Equality Network, Closing the Gap.

Closing the Gap has seen their efforts to raise the minimum wage helping to gain results with some local body entities and Parliament lifting Minimum Wage incomes to the Living Wage of $20.20/hr – nearly $4/hr different.

Notwithstanding this the group’s spokesperson, Peter Malcolm says New Zealand has one of the softest taxes on the wealthy in the OECD while our lowest earners are the poorest.

“That has directly resulted in New Zealand’s ‘income poor’ rating being 37 out of 41 in the OECD. Until the top earners are paying their fair tax, this statistic will not be getting any better,” says Mr Malcolm.

New Zealand commissioned Child Poverty Monitor, found that 290,000 (around 27%) of children in New Zealand are living in poverty.

Malcolm says the Government has increased rental subsidies to beneficiaries and low-income earners but much of these has just been countered by increases in rentals costs. Unless adjustments are being made to the low-incomes to enable people to pay the increased rents, more people will be joining the poverty list.

“For New Zealand to pay for this, the redistribution of wealth through increased taxes on our high-income earners can’t come soon enongh.”