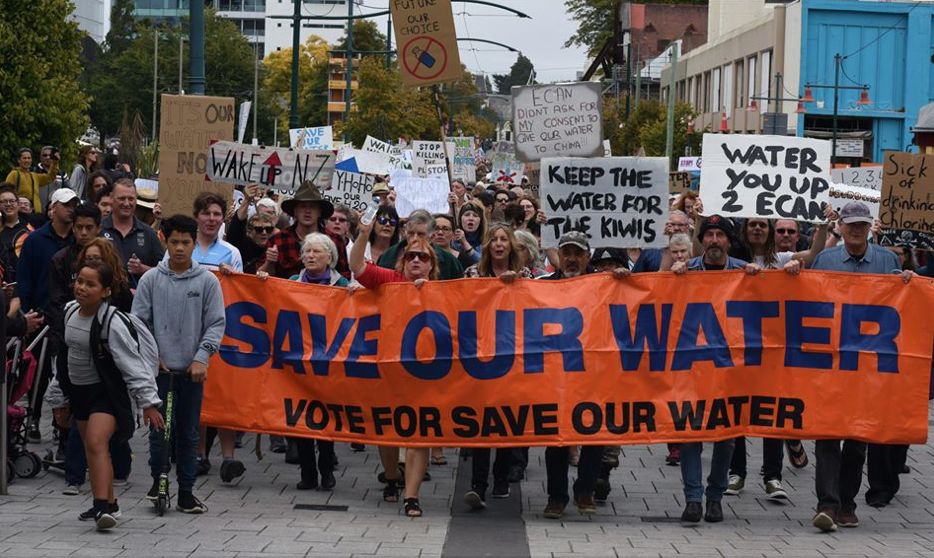 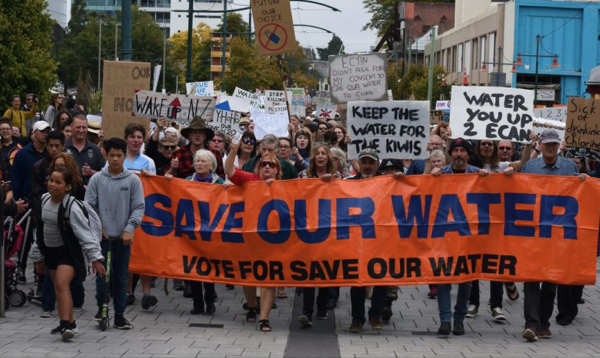 The approval was granted by ECan – the government appointed Environment Canterbury Regional Council -and perhaps the most disturbing aspect about it was that public input into the decision was thwarted by Richard Fowler, the QC they appointed to oversee the approval, because he said such input was “not required ” by law .

I find it interesting that just 3 days before the march ECans put up on their site a PR “news” story to the effect that there is plenty of water under Christchurch – the inference being that there really is no probem here.

Well, if it was oil and not water Christchurch had plenty of then I wonder if ECan would be so keen to give it away at a rock bottom price to foreign companies

No. There are some very serious problems involved in allowing the bottling and exportation of water in our country that our Coalition Government needs to urgently address

2. The rights of Maori to water under the Treaty needs to be resolved before any more water extraction permits are allowed

3. The way that water is protected and managed in our country needs a complete review.

4. . The environment impact of mining water and putting into millions of plastic bottles demands that this activity needs to be curtailed

5. The principle of Democracy to which we say we adhere demands that the law be changed so that the public can have their say when decisions about natural resources – in this case water – are to be mined for commercial gain.

So I say good on the organisers of last Saturday’s Christchurch protest and good on all the thousands of Cantabrians who turned out to make their voices heard.

May many more of us to take up this call, throughout the length and breadth of our nation.