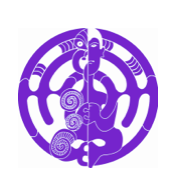 The Aotearoa New Zealand Association of Social Workers (ANZASW) supports calls for more progressive taxation policies to be adopted by government in order to address the high levels of social and economic inequity in this country.

The debate over taxation has reached the headlines again recently following the publication of the Tax Working Group report, which recommended that government consider increasing or introducing certain taxes in order to make the system fairer and more up-to-date.

As social workers, trained to be able to analyse how the macro affects the micro, who encounter on a regular basis the consequences of economic inequity in our society, we are particularly well-placed to comment on the need to tackle the extreme inequality that exists in our islands.

“In this country, we have children going to school hungry, families living in cars, increasing demand for food banks and unacceptably high levels of child poverty, trends that are likely to continue because of massive inequality, a cost of living crisis combined with insecure and low-paid work,” Lucy Sandford-Reed, ANZASW Chief Executive, said.

“We live in a nation where a pair of super-rich New Zealanders own more wealth than the poorest 30% and which hosts one of the most unaffordable housing markets in the developed world. Social work colleagues are well aware of the long-term damage this wealth gap is producing in the lives of people they support, especially children / tamariki. It’s a serious issue which has serious consequences. Inequity has concrete effects that play a role in damaging or even shortening lives, especially where housing and other essentials are affected,” she observed.

“Taxation is one way, among many others, to start to rein in the dangerous levels of inequality that persist here,” she noted.

As many leading economists argue, inequality is bad for everyone: it restricts growth, damages society as a whole and can negatively impact health and education outcomes, driving up pressure on services and limiting the life chances of families / whanau and individuals. As Nobel Laureate Paul Krugman has argued, the use of taxation to address these dangerous disparities makes good economic sense.

In particular, the Association hopes that some of the report’s proposals will be adopted to inhibit the practice of “flipping” homes for short term gain- which is contributing to the high cost of rentals and mortgages. We are also in full support of reducing income tax for those on low incomes, developing taxes designed to protect the environment and limit wastage of our precious natural resources.

We believe that introducing many of the recommendations in the paper, including some form of Capital Gains Tax, will help to make our country a fairer place and closer in policy to peer nations that have long been willing to tax income from capital at a reasonable rate.

However, the Association is mindful of the warnings by some economists that if all of the report’s recommendations are adopted the poorest in society could be negatively affected. We hope that the government will calibrate any recommendations it adopts to promote the most socially and economically just outcomes.

“Progressive taxation is not a radical act. It is a sensible and fair policy option to consider in such circumstances. We support asking those with means, especially in the very highest deciles, to go a bit further in what they repay to society so that we can limit the long-term damage that out of control inequality is doing to New Zealanders,” Sandford-Reed said. “It’s unconscionable, with things the way they are, that we ask wage earners to pay tax as a matter of course, but not the owners of capital. Furthermore, Working for Families in effect enables employers to continue to pay low wages,” she added.

“This needs to be accompanied by some serious thought about how to tax wealth in general- and not just capital gains- in a fairer and more comprehensive way,” she concluded.

The Association hopes that all Members of Parliament will act to increase the fairness of the tax system and take further action to reduce inequality in Aotearoa New Zealand as a matter of urgency.